In this article, I examine how and why explicit anti-Chinese racism, following the 2007 protest in Milan's Chinatown, rarely emerged in Italian media except for in extreme right-wing Italian newspapers and was largely unaddressed in Chinese migrant media in Italy. This situation occurred because, as I argue, a serious consideration of racism in both media was replaced by discussions about supposedly characteristically Chinese habits, mentalities, and traits which contributed to the escalation of Italian-Chinese tension in the Via Sarpi area in 2007. While mainstream Italian media mapped a discourse on Italian racism onto that on Chinese migrant economic illegality, mainstream Chinese migrant media satirized Italian racism but ultimately resorted to recommendations to migrants on changing their behaviors in order to better integrate into Italian society. The multicultural approach to migrant incorporation as articulated by pro-Chinese Italians and by second-generation Chinese-Italians again discouraged an in-depth probe into Italian racism against Chinese migrants. 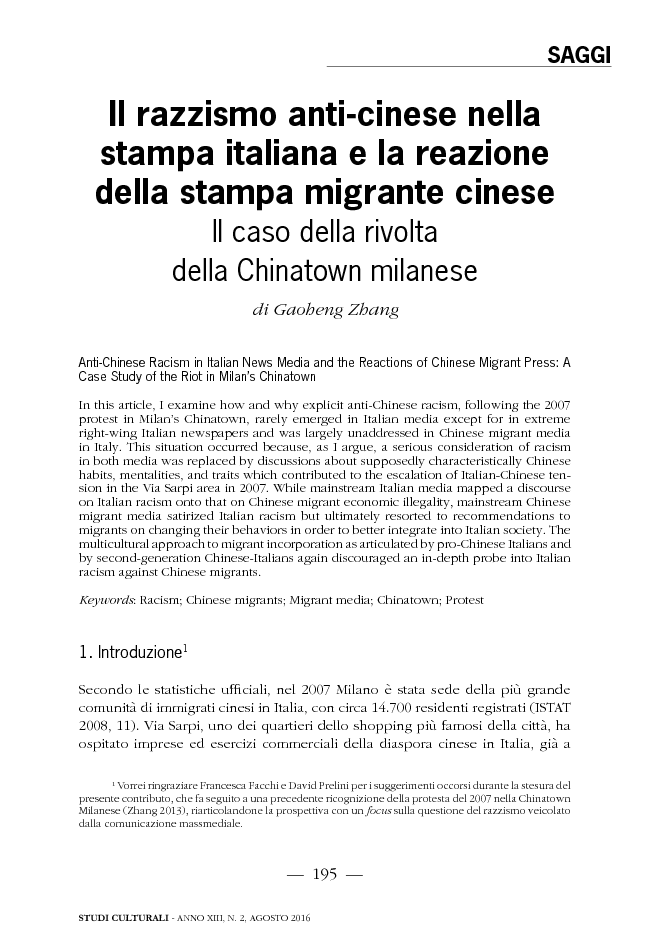