This paper analyses the transformations affecting Spanish counter-terrorism frames and policies since the turn of the century. More precisely, it explores the twists and turns as well as the continuities and changes of these policies essentially from two different perspectives. First, we scrutinize the conflicting coexistence of a long-standing terrorism-combating tradition that focuses on domestic political violence and an emergent orientation centred on countering international terrorism, i.e. jihadist political violence. Secondly, we examine the alterations brought about by the Basque separatist armed organisation ETA's declaration of cessation of its terrorist activities. Drawing on the analysis of a wide number of legal reforms and policy changes, the article concludes that counter-terrorism discourses and practices actually operate as a «field», plagued by inertias and tensions, in which several agencies play their part in determining the course of the anti-terror criminal justice sub-system. 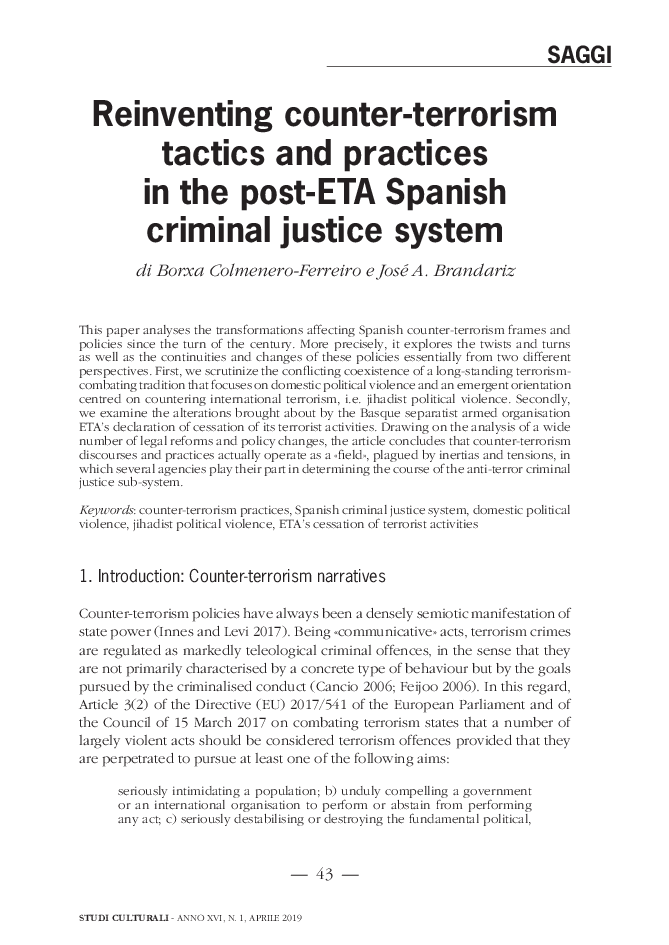