The essay analyses the discursive construction of the legal fight against new terrorism in Italian trials. My hypotheses is that the judicial discourse is a complex mechanism, used to legitimize contemporary fears about terrorism, starting from the theoretical assumption that the juridical canon, or rather, speech is a sort of linguistic central bank, which enables the circulation of other discourses such as the political and media one. My analysis focuses on the judicial case study of Mohamed Daki, the Twin Towers' twentieth man, as well as a central figure in Italian trials against Ansar al-Islãm group. I show how that judicial inquiry has contributed to the development of a crucial juridical device in fighting international terrorism in Italy, partly thanks to the massive media coverage. Then, I describe the struggle which has taken place between the magistrates themselves to affirm the sovereignty of low as authorized word over the global enemy, the fanatical Islamists. I conclude with brief arguments about merging judiciary discourse on terrorism. 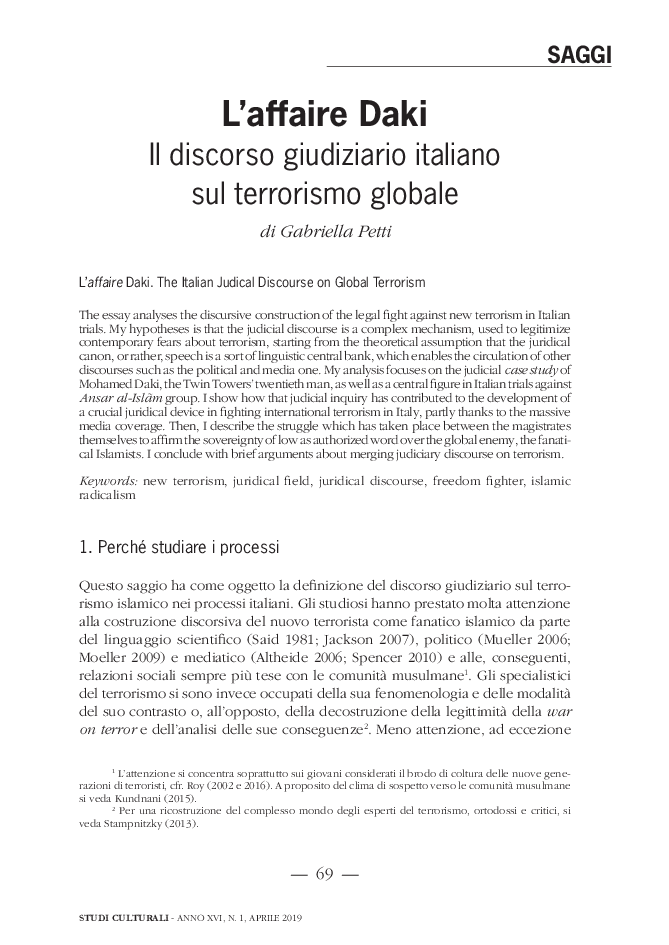