If you happened to pass through Predappio on the anniversary of the birth or the death of Benito Mussolini, or that of the march on Rome, there is a good chance you would meet a sizeable group of neo-fascists wearing t-shirts, watches or baseball caps adorned with the dictator’s face, bought at the souvenir shops on the town’s main street. You might meet young men and women with the angular face of the ex-duce tattooed on their arms or shoulders. If you then decided to follow that group of people, you would arrive at the cemetery of San Cassiano, two kilometres from the town’s main square, where Mussolini was buried in the family crypt. After a few minutes, if you looked around the crowd, you might realize that what the press and public opinion often call the «nostalgic people of Predappio» are actually not all the same. In this contribution, I propose a possible typology of the different degrees of nostalgia in the people that animate Predappio during these «holy» days for the Fascist calendar. 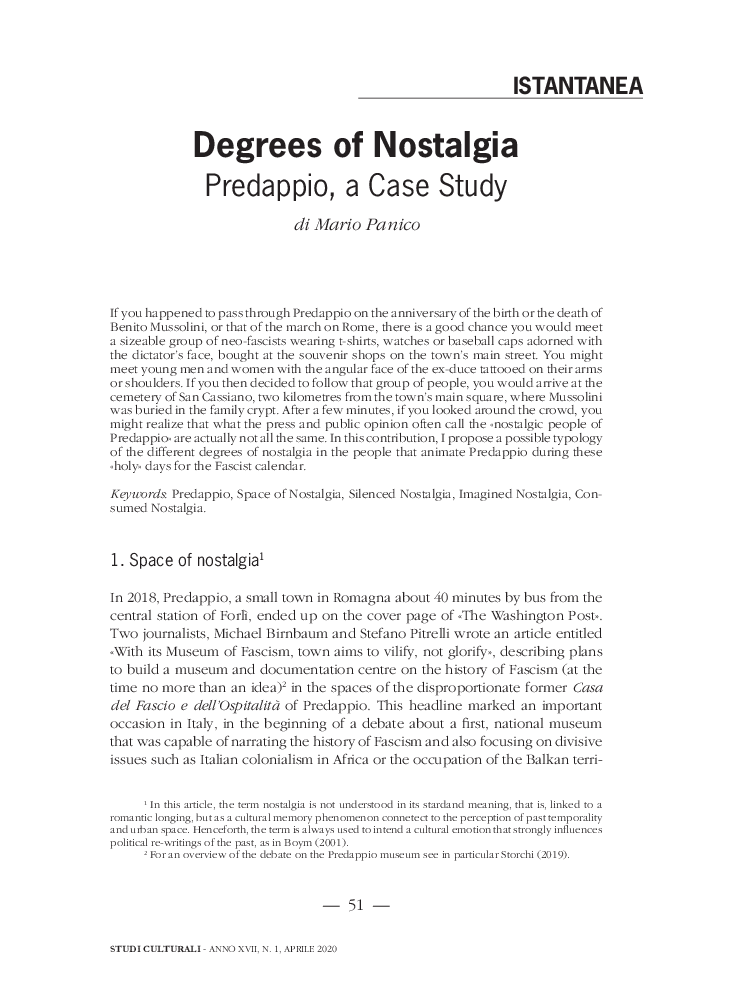