The volume by Dwayne R. Winseck and Robert M. Pike ("Communication and Empire. Media, Markets and Globalization", 1860-1930, Duke University Press, 2007) scrutinizes the rise of the "global media" between 1860 and 1930. Winseck and Pike analyze the links between the development of a global media infrastructure, the national cable system, the press agencies and the contents supplied by these three. As opposed to the conventional approach that views the rise of global communications in relation with imperial expansion, the authors downsize the value of the imperial context that has been given too much importance in the past. They contend that the media system had its roots before the high tide of imperialism and prior to the start of the XX century, and identify other factors that allowed the proliferation of the connections among global media: financial booms and collapses, the rise of international law and multilateralism and the establishment of company cartels. 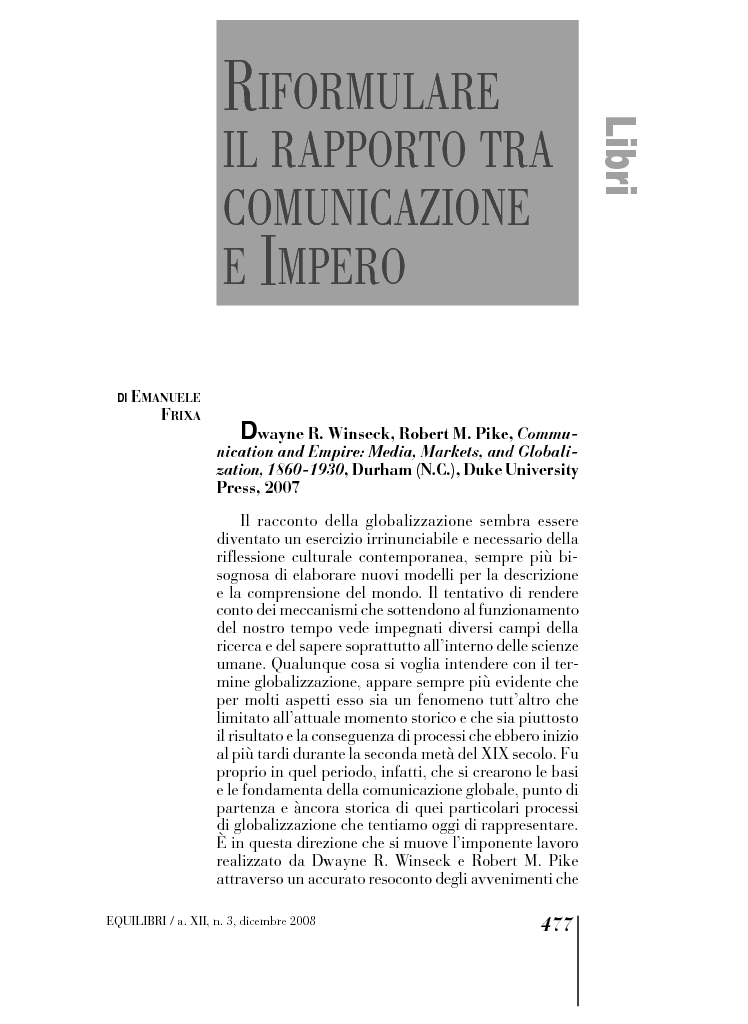