The «end of history» is the concept used in intellectual circles to define international relations. It is based on the idea that since States no longer wage war against each other, or at least in the same way or as frequently as before, we have arrived at the «end of history». This is where globalization has led us: loss of States' sovereignty, triumph of economics over politics, less wars, closure of the world arenas where the States played the role of gladiators, and therefore the end of history. The author shows that, in contrast with this dominant interpretation, we are entering a new era of world relations, an infinitely denser, more universal and human history dominated by the tectonic movements of societies. We are not living the end of history, but the end of a history. 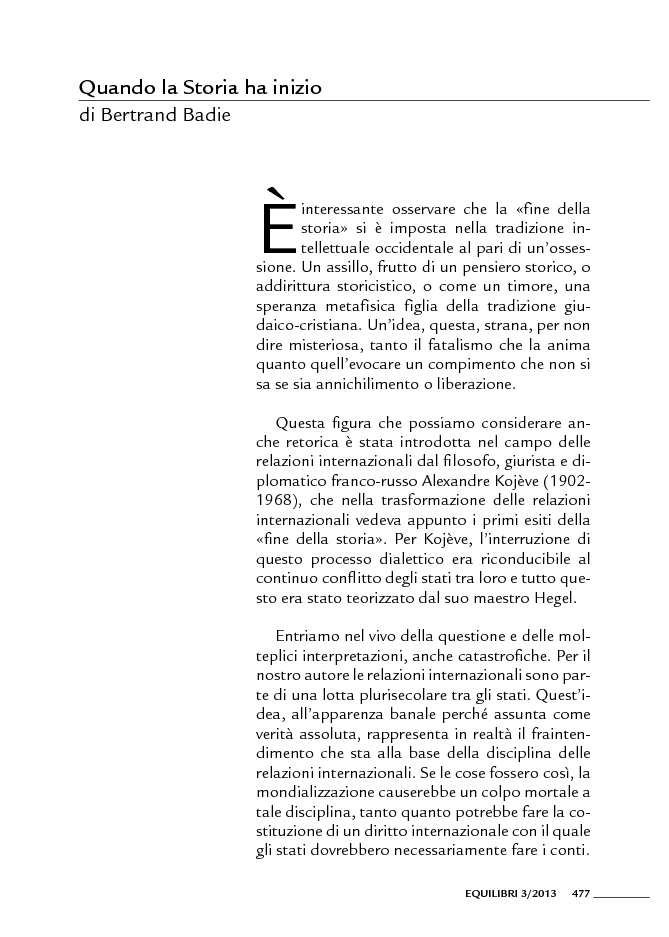