In Mexico the first groups that gave rise to future "cartelos" developed in the 1980s. These groups spread rapidly in the US, following the immigration routes in poor and emarginated suburbs, and later came back and consolidated in Mexico, San Salvador, Guatemala and Puerto Rico. Now, almost thirty years later, these groups have evolved to become key elements of local economic and political structures. Born as an instrument of selfdefense and management of migrant minorities, they are now an informal, key player in international relations. 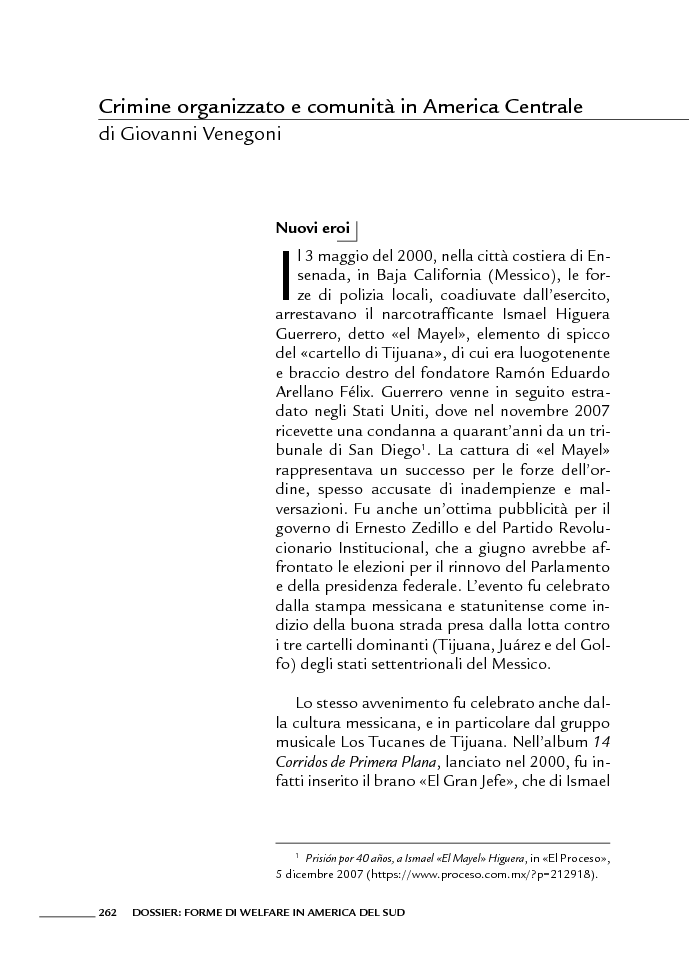