The World's population has recently reached 7.2 billion people, roughly ten times the population at the time of the Industrial Revolution. It will continue to rise rapidly, by around 75-80 million people per year, which means that we will be 8 billion by the 2020s, and perhaps 9 billion by the early 2040s. In this crowded and complicated world, divided between great wealth and still crippling poverty, how will the economic, the social, the environmental, the political, the cultural factors fit together? How is it possible to make this World both prosperous, fair and also environmentally sustainable so that our numbers and our economy do not overrun the physical planet itself? «Sustainable development» tries to make sense of the interactions of three complex systems: the world economy, the global society, and the Earth's physical environment. 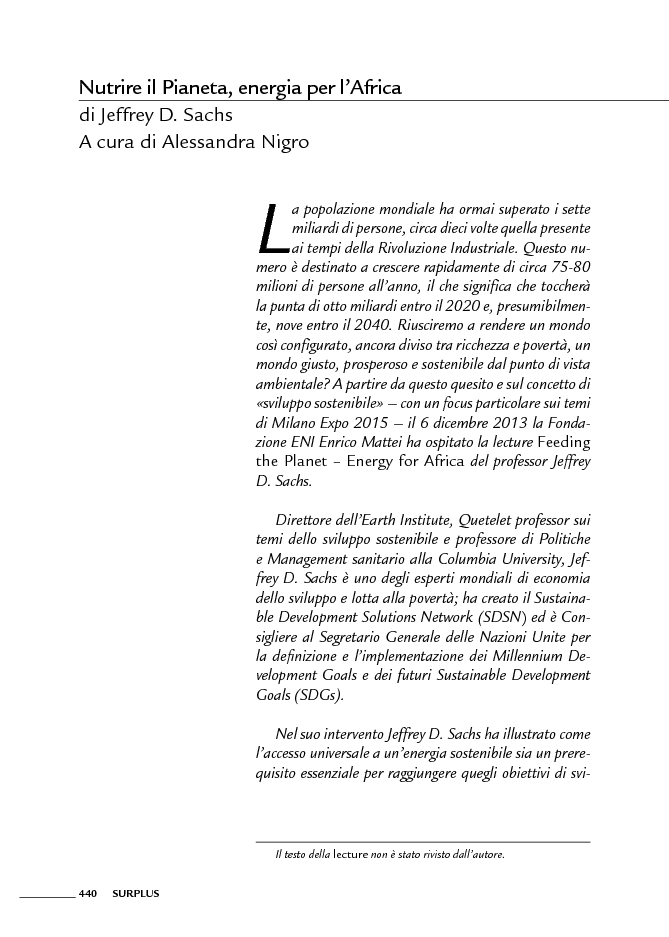