The echo of the Bolivarian republic, the great pan-American dream of the early '800, has resounded in Latin America since the late 90s through a unitary project that promotes an unprecedented socialism, characterized by indigenist inclinations, under the aegis of a strong executive. Borrowing the Latin American Marxist thought of Haya de la Torre and Mariátegui, the «socialism siglo XXI» of Chávez, Correa and Morales presents itself in antithesis to the neoliberal wave imposed in the subcontient by reaganomics, in the perspective of a growing autonomy from Washington and of an international reconfiguration that, through the strategic asset of oil, its fortune and its misfortune, today looks at extracontinental alliances. 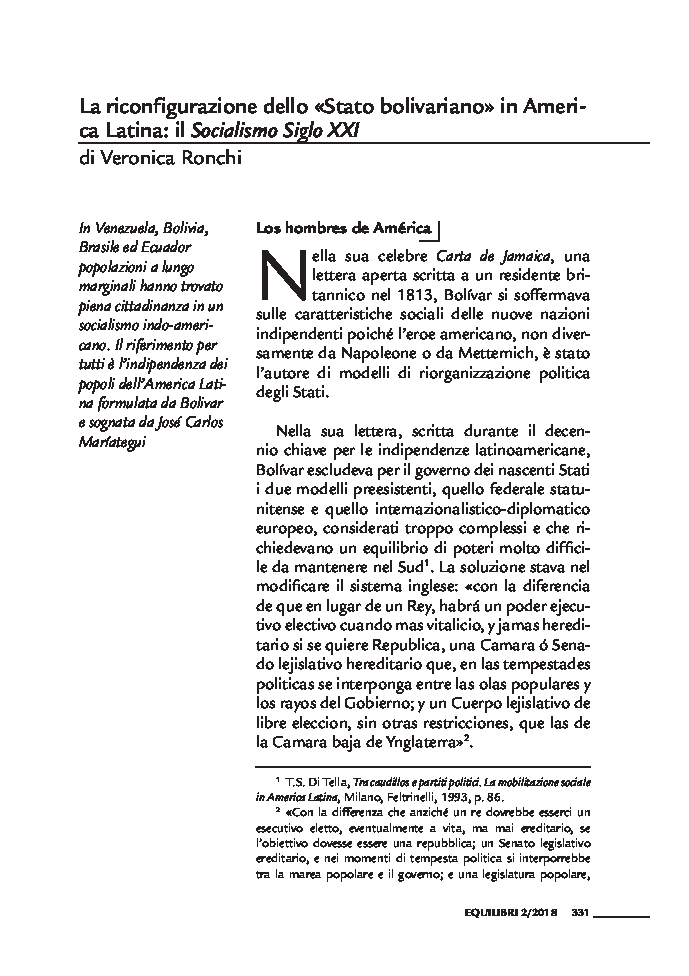