The present study analyzes the punishments and violence practiced against blacks, by Italian immigrants, in the regions of European colonization of Southern Brazil, starting in 1870. On the basis of some crimes, it will be possible to understand several important aspects of the process of social conformation of the territory, in the spaces marked by the foreign presence. Our starting point is an episode, which took place in 1902, on a country road in the village of Caxias do Sul, which resulted in the violent death – caused by a group of Italian immigrants – of a black individual. Two other similar crimes will be presented to enrich the analysis. We want to understand both the functioning of local justice practices and the role of social constraints, in the context of the strengthening of power structures in geographical spaces marked by the presence of Italian communities. In addition, the episodes analyzed will allow to problematize the relationship between violence, hierarchies and ethnic distinctions, as well as the defense of norms and rights in the areas occupied by Italian peasants, in the Brazilian South 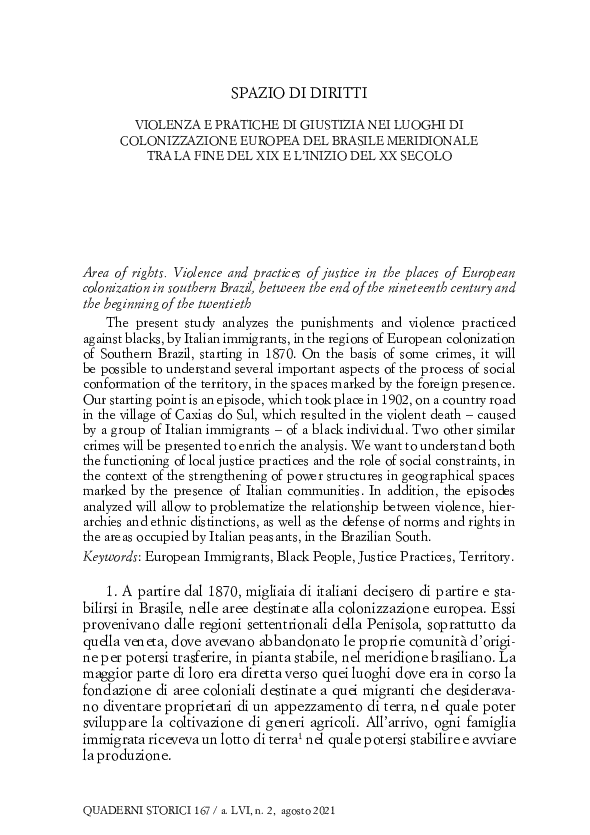