Since the Early Modern period, the Borno rulers used writing to communicate with other rulers, govern their subjects and express their power. In the 19th century, the Kanemi dynasty, new rulers of this Islamic State from present day North-Eastern Nigeria, produced an important corpus of diplomatic letters to African and European rulers, travellers or pilgrims. Through the analysis of forty-two of these diplomatic and legal Arabic documents, dated from 1824 to 1918, this article aims to show that Borno scribes were part of an administration in charge of giving a peculiar visual identity to the documents, according to the canons of the new dynasty. The seal, the layout, the dimensions, and the religious formulas followed norms beyond the particularities of the scribes and dynastic successions. The continuity of these norms over a century demonstrates that writing for political purposes was, as in many places of Africa, a common practice that created specific skills and rules, shedding new light on the functioning of state administration in precolonial Sahel 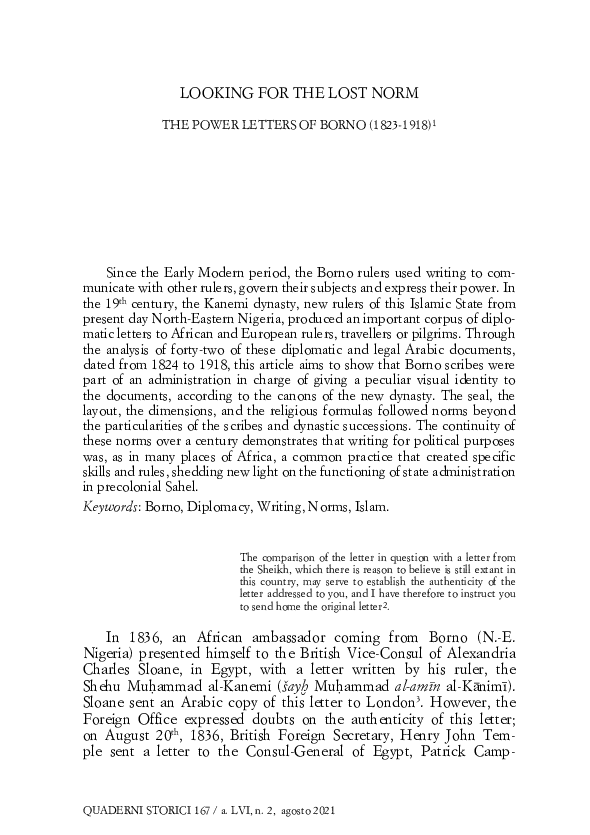