This study focuses on a tax called liberatio fumantum, created by the Bolognese communal regime in 1388. This reform declared that, in exchange for their contribution, the fumantes (the inhabitants of the contado, subjects to the city), were to be liberated from their subaltern statute and become citizens. I try to understand why this tax was created and how it was exacted. This focus shows that the liberatio was a way to create and consolidate social hierarchies, which allows us to measure the consequences of an unequal fiscal system, typical of a late-medieval Italian commune 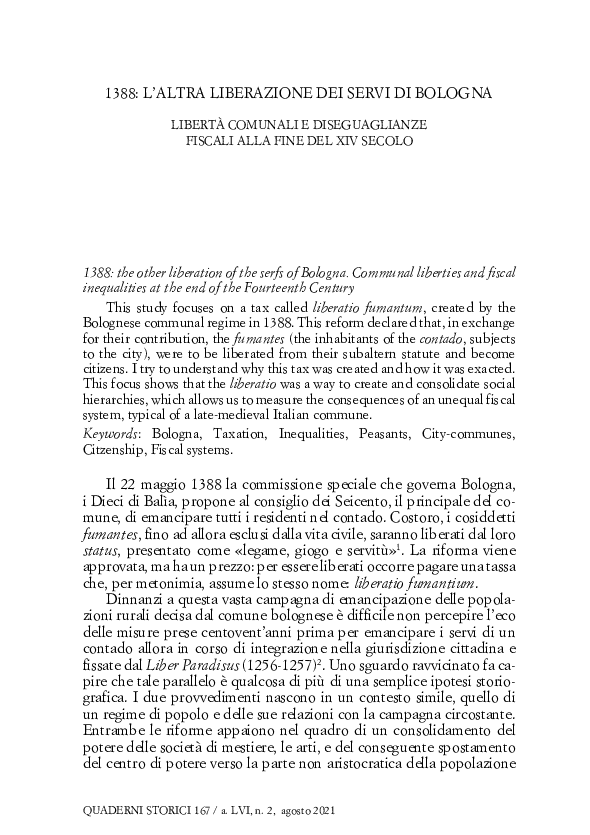