The article aims to reconstruct the political path of the Society of Popolo of Moncalieri from its foundation in 1338 to its suppression in 1363. The investigation on a significant amount of unpublished records made it possible to trace a coherent development process occurred in the central decades of the fourteenth century, which finds numerous parallels in the studies concerning the Popolo in the towns of the north-central Italy during the late Middle Ages. However, this process also reveals some important differences, which make the case of Moncalieri original and noteworthy: Moncalieri was subject to the princes of Savoia-Acaia, the lords of Piedmont at the end of the Middle Ages. It was actually the second prince of Savoia-Acaia, Jacques, who institutionalized the popular movement in a Society and who granted it a constant support. This case-study thus allows to explore the political experiment of a lord who tried to organise local communities to better control his domain, and the interaction between princely aims and the local political struggle 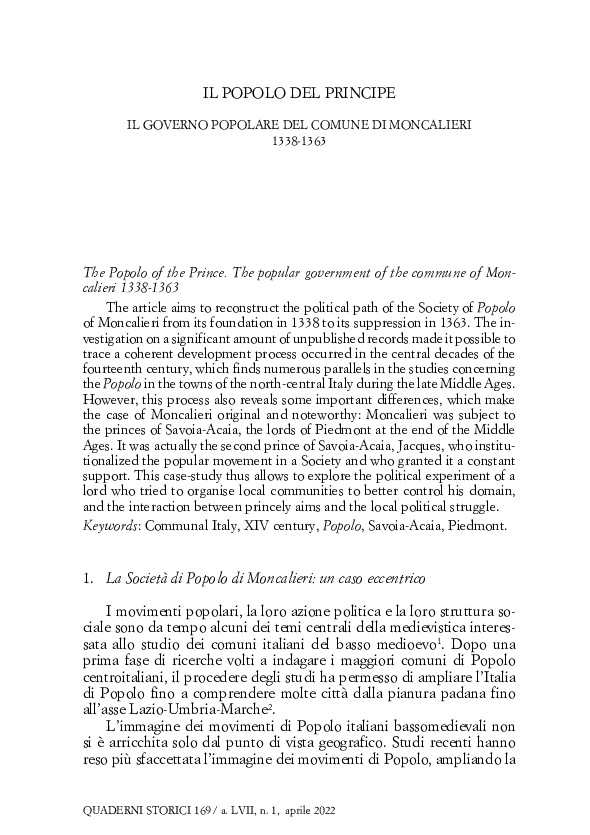