During the 18th century, Madrid’s municipal institutions tried to bring an end to the urban pig farming practices. Until then, pigs roamed freely in the streets of the city, causing accidents, damages to the roads and threatening public hygiene. Regulations were put in place at the beginning of the early modern period in order to regulate these practices, but the collective organisation of the breeders, their reluctance to apply the established recommendations and the support they found in their neighbourhood led to the continuation of these practices. Furthermore, the competition between different institutions in charge of the urban management paralysed the establishment of these measures. By questioning the new relationships between municipal institutions, the redefinition of the relationship between police and neighbourhood, and the involvement of the animal agency, we want to understand how, in the middle of the 18th century, a consensus was established around these urban breeding practices and the presence of stray animals in the public space 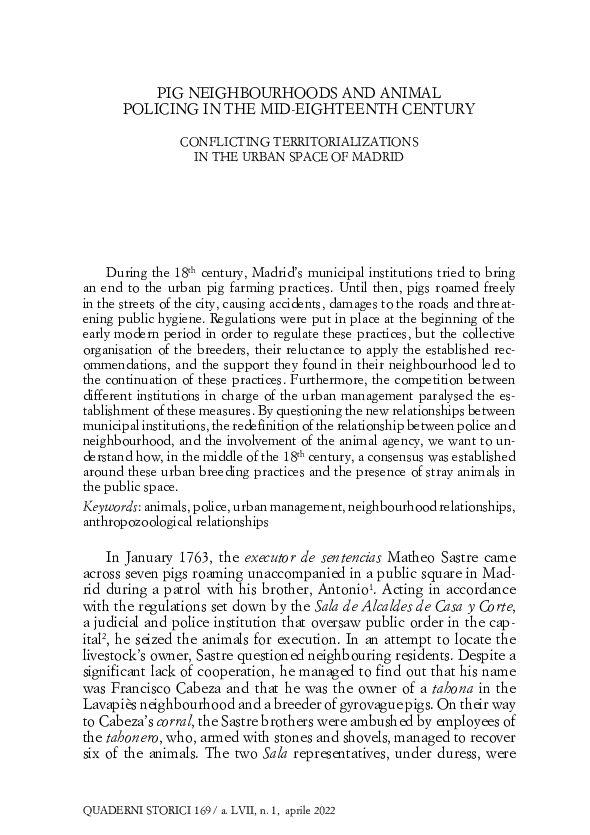