This is the reconstruction of the history of four generations in the Franchetti family, who came to Livorno from Tunisia in the last decades of the eighteenth century. From the Napoleonic era to the second half of the Thirties they were one of the most important families in the local Jewish community. After leaving Livorno, probably due to the decline of the traffic in the port, the single branches of the family lived different destinies and experienced different ways to obtain the integration with the rest of the society. The story of Raimondo, husband to a Rotschild and one of the first ennobled Jews in Italy, is most peculiar. An eminent landowner, his name is linked to the restoration of Palazzo Cavalli in Venice, to one of Murano's glass-works and to a magnificent mansion in Reggio Emilia. His sons were absorbed in the passion for art: music for Alberto, collections and the restoration of the Ca' D'Oro for Giorgio. As for Leopoldo Franchetti, cousin of Raimondo's, the integration came through political activity, and his relation with his Jewishness was so conflictual that no trace of it can be found in his public activity. His Jewishness nevertheless emerged in the private sphere, especially in his marriage with Alice Hallgarten. Only in one branch of the family, the Florentine one, the branch of David's offspring, the nineteenth-century myth of a perfect reconcilement between Jewish and national identity seems to find a shape in the figure of Augusto. 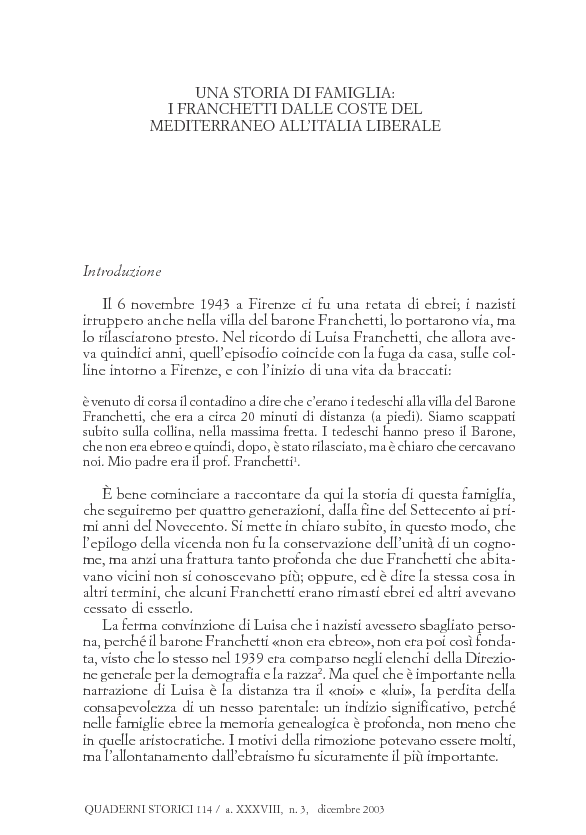