With the expressions «infernal hunt» and «furious army» we generally indicate the appearance of formations of supernatural beings, usually warriors or hunters. During the Middle Ages this folklore element went through deep and continuous revisions as the result of an intense dialogue between oral and written, and clerical and secular culture. Originally the identity of the members of the formation was indeterminate, and their appearance announced inauspicious events, either war or natural catastrophes, sometimes with eschatological connotations. In a later period, from the eleventh century, with new attention dedicated to the fate of the soul after death, the «army» became an itinerant purgatory. Its members were identified as the spirits of dead knights who needed a period of spiritual purification before the eternal rest. This conception, developed within an ecclesiastical context, gained widespread appreciation in the secular one. After the reshaping of the idea of Purgatory as a physical space, the Church promoted from the thirteenth century a different, Hell-related view of the ghostly army, its components now becoming devils and damned souls. The old conception of Purgatory was considered as a powerful rival of the new one. The new version of the ghostly army, though, far from secular sensibility and its beliefs, was accepted by the laic world very slowly, and never definitely, until modern times. 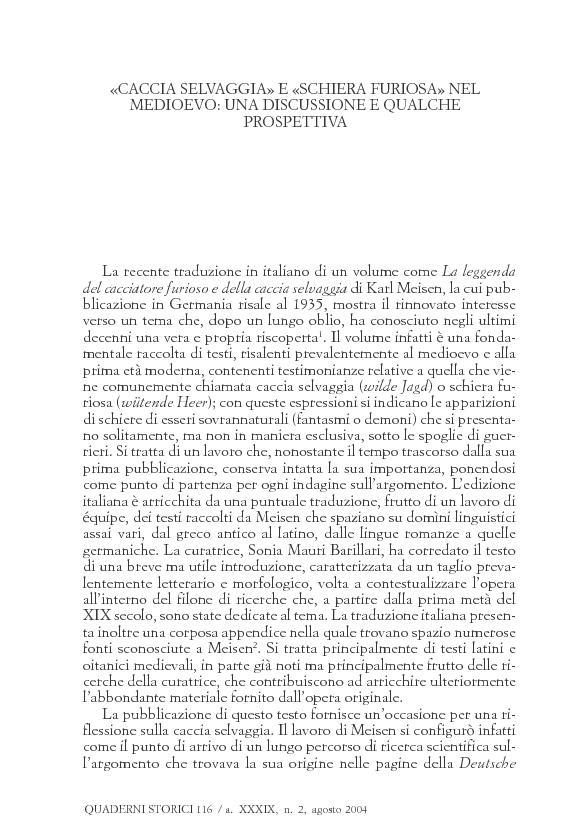