The claiming of 'comunia' in the Novara and Vercelli plain must be traced back to the wider process of recovery of the jurisdictional prerogatives in the hands of bishops and 'domini' by rural and urban communities, under forms quite distinct from one another. The legal ownership of the jurisdiction guaranteed lords some rights on collective resources. However, in a period of great population increase, when the value of uncultivated land did not lie any longer mostly in its fruition as pasture, but, also and especially, in its being potentially cultivable land, they were challenged by the communities. The development of this conflict went along with, and in many cases it was probably an incentive to, the growth of the claiming capability by the communities towards their neighbouring populations and, particularly, lords: the institutional development was one of the factors which helped to direct communities towards the acquisition of the full title of the 'comunia', whose fruition forms they often changed. 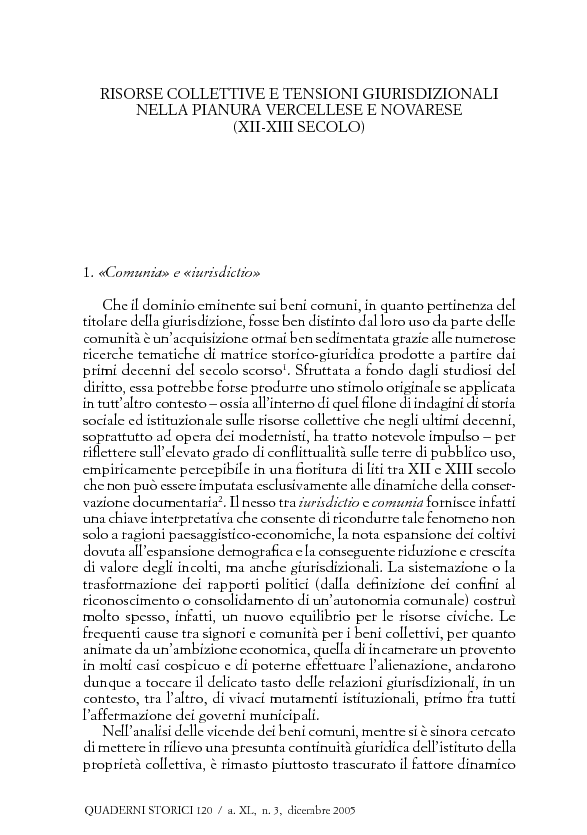