Ableeding host in a charitable institution in Asti at the beginning of the Eighteenth century, allows us to understand the processes of genesis of space which marked the Old Regime society: by these terms here the creation of discontinuous spaces in juridical and topographical terms is meant. Anumber of witnesses, of different social statuses, point to different cultural aspects of the episode: prophecy and guilt, competence of the clergy and control of the sacred, local political factions, melancholy, the religious orders and the roman inquisition. But all the witnesses share the jurisdictional meaning of the wonder, which implies the creation of a sacred and henceforth an ecclesiastical space. Aspecific object, a lamp, is therefore designed to mark the juridical nature of this space which changes the status of the charitable institution, transforming its inner space in a space of immunity. This tension helps us to analyse the episode at the topographical level, linking this jurisdictional transformation to the conflicts which marked the urban space of Asti at the beginning of the eighteenth century. 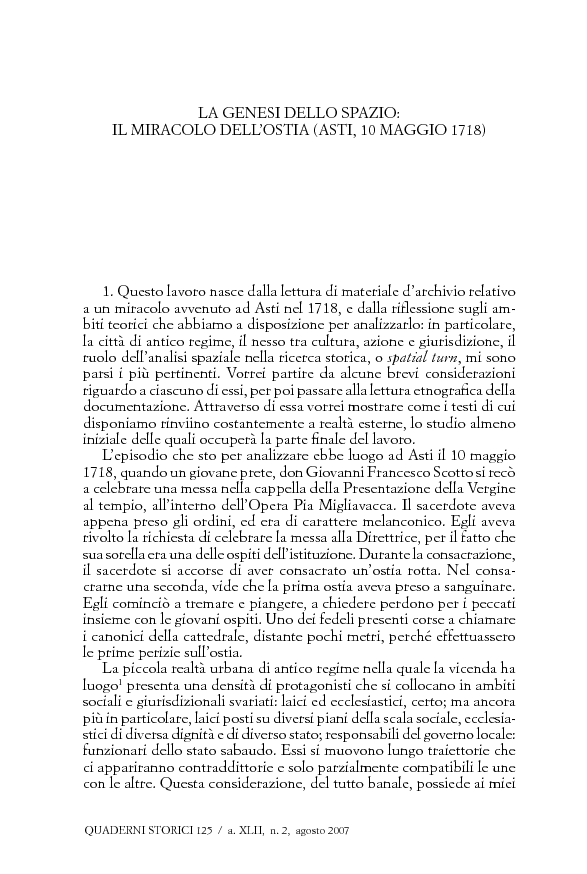