This article focuses on a large survey, conducted by INEA (National Institute of Agrarian Economy) during the 1930s, on living conditions and incomes of Italian peasants. The survey's aim was to study, in a period of crisis, the well-being of the rural family, considered a fundamental pillar of the Fascist nation. The survey constitutes a precious source on Italian rural society and many scholars have used it to study its social, political, and economic aspects. This article investigates the research's methodology, the organizers' world view, the actual methods used by INEA's researchers to investigate the rural families' conditions, and the procedures to calculate income, whether monetary or in kind. The article sheds light on the production of the source, especially of its statistical figures, and tests its reliability against the backdrop of the totalitarian regime in which the survey was conducted. 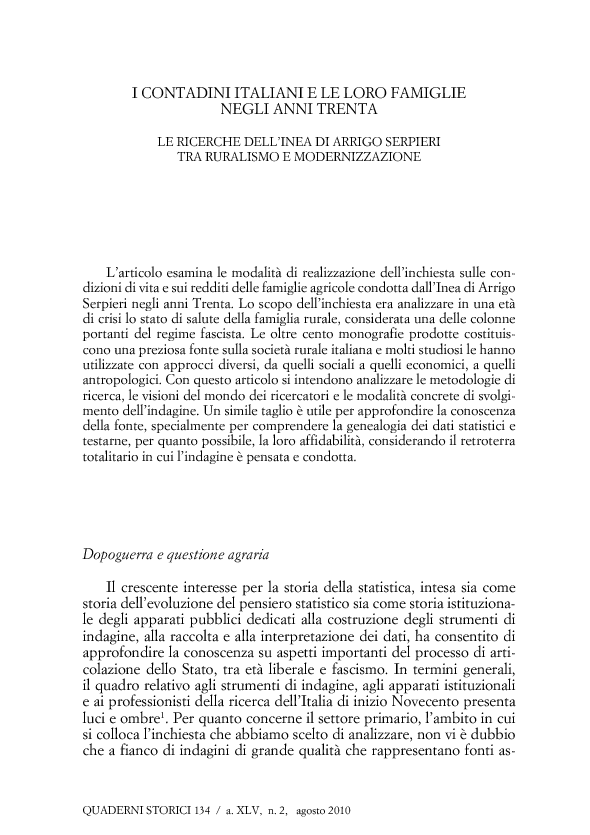