After 1945 the methods previously used for the statistical survey of Italian foreign migration proved increasingly inadequate. In the immediate aftermath of the Second World War, the scarce control on expatriations by the Italian State and the financial difficulties of ISTAT (the Italian Instute of Statistics) explained the lack of reliable data. As a result, emigration statistics from 1945 to 1950 were compendiary and largely unreliable. When Italy and destination countries recovered their control on migration flows, and the ISTAT was sufficiently funded, the reliability of such data continued to be undermined by the large clandestine migration and the growing difficulty for the police to collect the statistical coupons of passports at national borders and harbours. This difficulty was compounded by the large flow of migration. To solve these problems, in 1958 ISTAT discontinued the collection of statistical coupons of passports, which dated from 1921, and shifted to the use of statistical personal cards filled out by the municipalities on the basis of the passports issued. Since the mid-1960s, however, because of the liberalisation of the labour market in the European Community, the passport was no more required to expatriate in the Community. This change prompted another shift: ISTAT used migrants' self-statements of expatriation collected in Italy and by the Italian consulates abroad, even if these methods largely underestimated the expatriations. The lack of reliability data allowed the manipulation of migration figures by government parties and their opponents, in the political battle over the migration policies of the government. 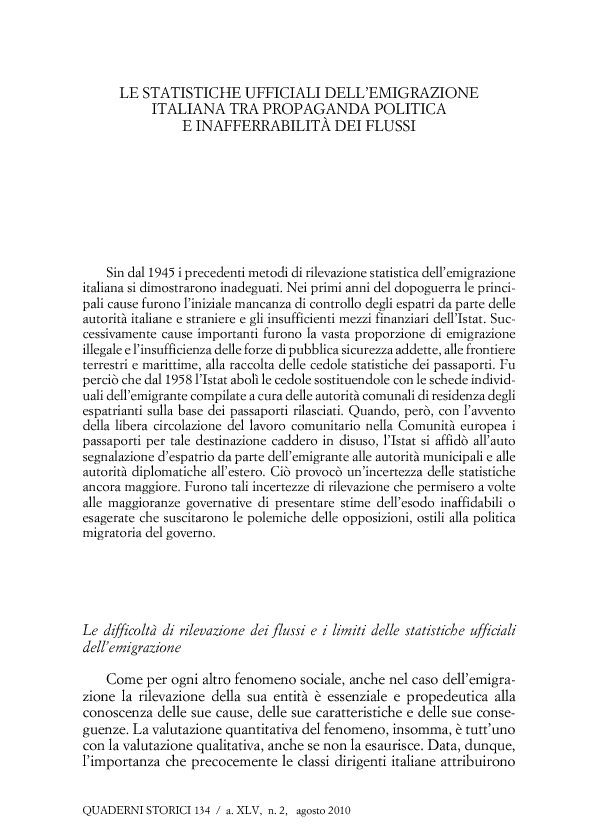