In this study all institutions, starting with the activities of tribunals, have some measure of power that legitimates them at a territorial level. A feudatory must structure his fief through a strategy for organizing transits, which he did by demonstrating a capacity for action in the territory. Even in the countryside diplomacy with the European powers assumed a territorial dimension that derived from its ability to legitimate his local action. After localizing such action this paper examines the wide array of actions that an institution was capable of taking, and which appeared like the links of a tightly fastened chain and not as individual episodes. All actors aspired to construct an order, rarely stably achieved, in which they acted in specific spheres and by virtue of political projects not shared and for that reason conflictual. Criminal episodes, sackings, abductions, fights with and between institutions do not record the chronicle of social disorders but rather the way in which a power legitimated its presence over a territory. From this perspective, the analysis of these cases at the local level reveal that a fief was not organized only by virtue of the prerogatives of its feudatory or of the institutions present in it, but also of the capacity of these institutions to act upon a territory. 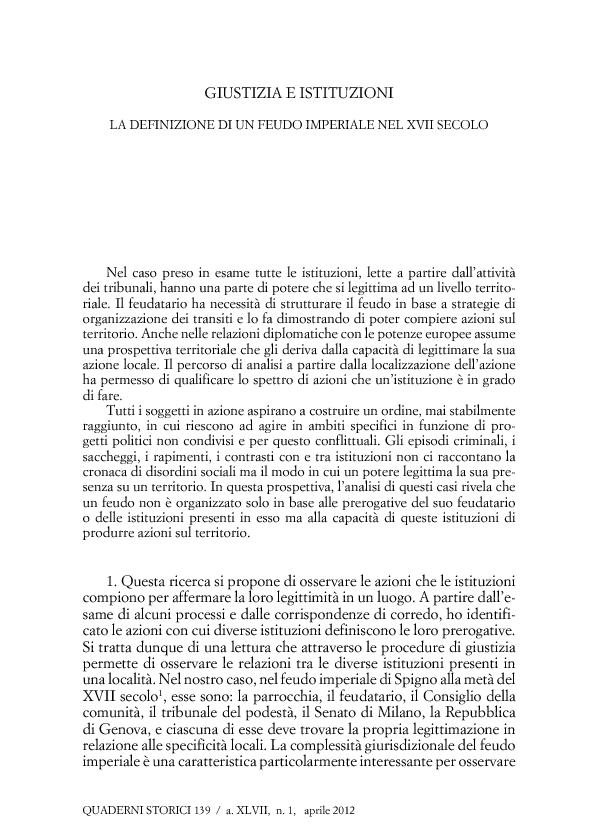