From around the end of the 16th century the Republic of Venice, like other Italian and European countries, adopted a series of laws in order to discipline the ransom of those subjects who, having become victims of corsairs, lived as captives in Istanbul or Northern Africa. The Venetian government created a Magistracy  flanked by a confraternity and, later, by an order of friars  that was specifically aimed at helping the «poor captives» to «redeem» themselves economically. On several occasions, to rescue distinguished figures that played a public role  but also common people  Venice activated the extended network of the «Serenissima»'s diplomacy. Through an analysis of the eventful lives of two patricians, ransomed between 1611 and 1734, this article investigates the institutional organization of ransoming in Venice between the 16th and 18th centuries. 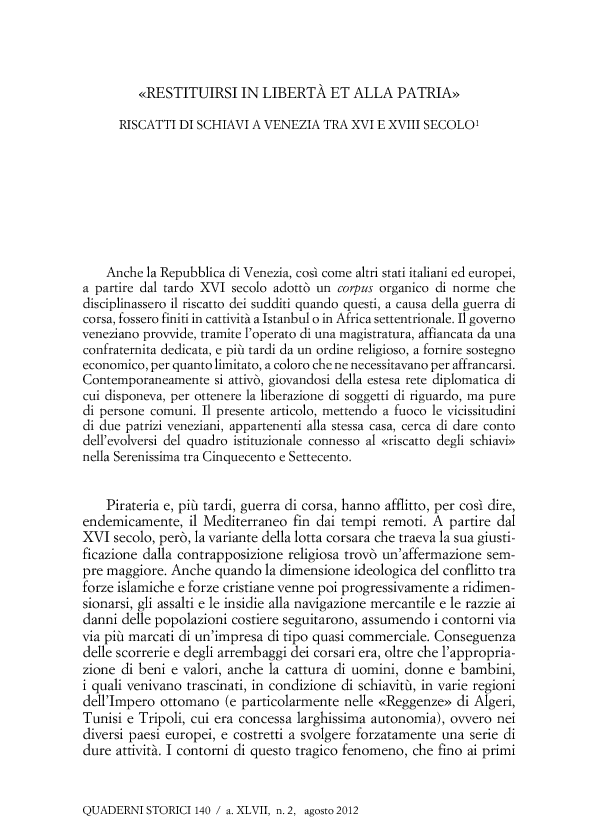