This article considers four cases of runaway domestic slaves in Venice, spanning the period 1573 to 1649, to explore the varying assumptions about subjecthood, religious conversion, and transgression that went into the making and unmaking of bondage. Although rare, the archival traces left by early modern runaway slaves suggest that in their quest for freedom, domestic slaves had not only to sever one set of ties, but to cultivate another. The multiple narrations of slaves' trajectories before and after enslavement that form part of various official genres further allow us to explore the differing conceptions of subjection articulated by runaway slaves and their interlocutors. Moving beyond juridical definitions of freedom and slavery, this study emphasizes the myriad social mechanisms that cultivated a sense of membership and marginality among subaltern subjects. In particular, it underscores the complex trans-imperial nexus that both sustained early modern Mediterranean slavery and at times disrupted it. 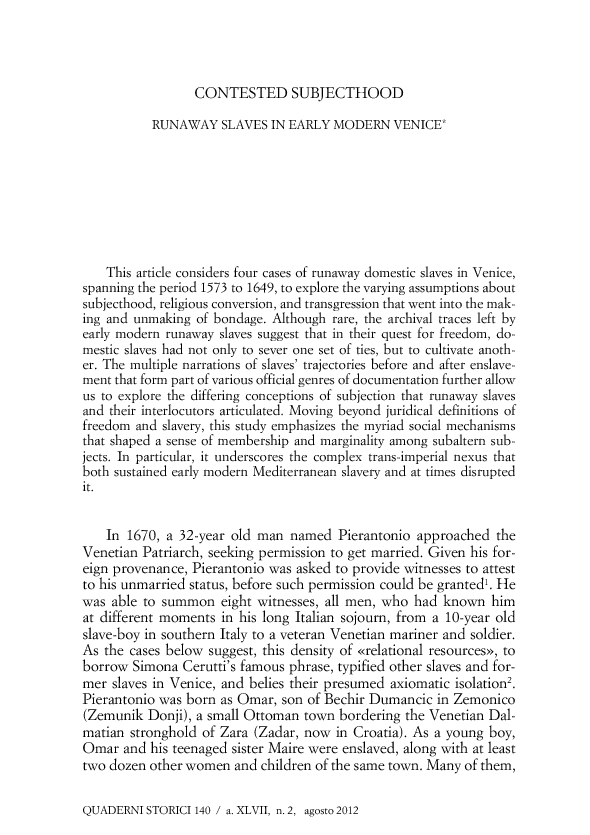