By reflecting upon how the «Erpenius collection» of «Malay texts» of the Cambridge University Library came to be constituted, this article tries to articulate a story of the creation of oriental manuscripts' collections in Western European libraries with an inquiry into knowledge-production and knowledge-circulation patterns in the early modern Malay world. The «Malay manuscripts» from the bibliotheca Erpeniana were both collected and created in Aceh by Peter Willemsz. Floris van Elbinck: a VOC/EIC servant with incipient philological abilities. But to guess what a «Malay text» was all about by the early 17th century, one has to peer through such «major texts» as the Sejarah Melayu (1612), which gives us precious clues as to what kind of textualized knowledge was produced, and as to how it did circulate, in and out of the Malay world - that is to say: both among a network of Malay-speaking polities (Aceh, Banten, Patani, Johore Lama, etc.) and between these and relatively distant places like the Arabic Peninsula. 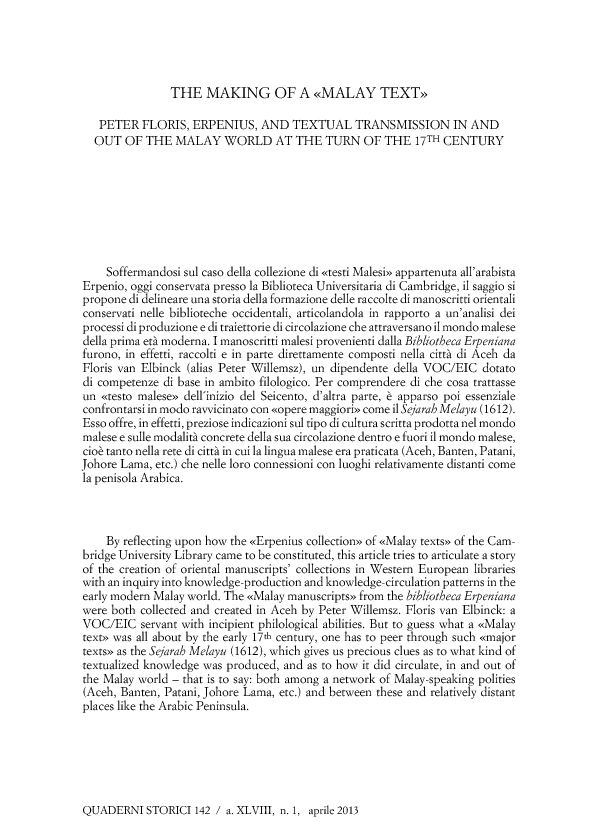