In the border area between Italy and Yugoslavia - and in particular in the area of Gorizia - between 1945 and 1947, the «issue» of the national affiliation of the main urban centres is placed at the heart of political struggle and the public debate. The article offers an analysis of this complex transitional phase - which will lead, in 1947, to the definition of the new line between Italy and Yugoslavia - starting from an interconnected analysis of the press at the time and of the life stories of witnesses. The aim is to reflect on some of the mechanisms of re-reading and transmission of historical events in the public and individual sphere, highlighting the repercussions on the articulation of identity and of the revision of memory. The article attempts, on one hand, to highlight the main discursive strategies aimed at mobilization adopted by newspapers of different political and national orientation -- while trying to investigate the use of keywords, rhetorical formulations and narrative devices - and, on the other hand, to bring out the perceptions of individuals and groups, as they appear from the oral testimonies collected today. 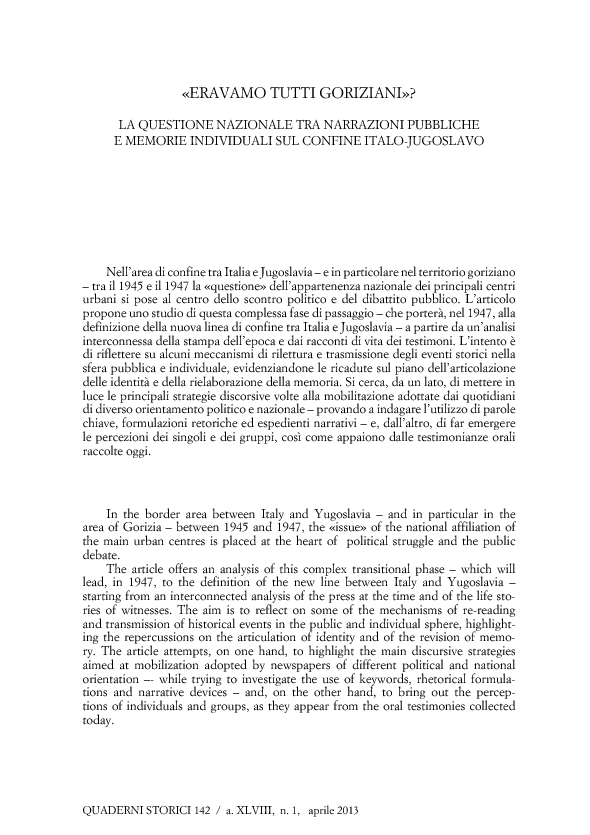