This article proposes a reflection on the presence of Gypsy communities in the territory between the Adriatic Sea and the Bosforo, between the 14th and the 17th Century. This area constituted a milestone in the Gypsy's dispersion; although a transitional moment, it assumed a founding value in the context of movements of longer duration. In the case of Gypsy people, this founding value cannot be based on an exclusive relationship with the land (i.e. the rooting via the occupation of more or less uninhabited places), but it rests upon the relationship with the people who inhabit it. Therefore, via an analysis of both published and unpublished sources, and with the support of the so-called "Romani Studies", the article aims to investigate some forms of coexistence and integration, and to consider the hostile climate in which these equilibria were reached in the Eastern Mediterranean area, particularly in the Venetian "Stato da Mar" and in the Ottoman Rumelia. 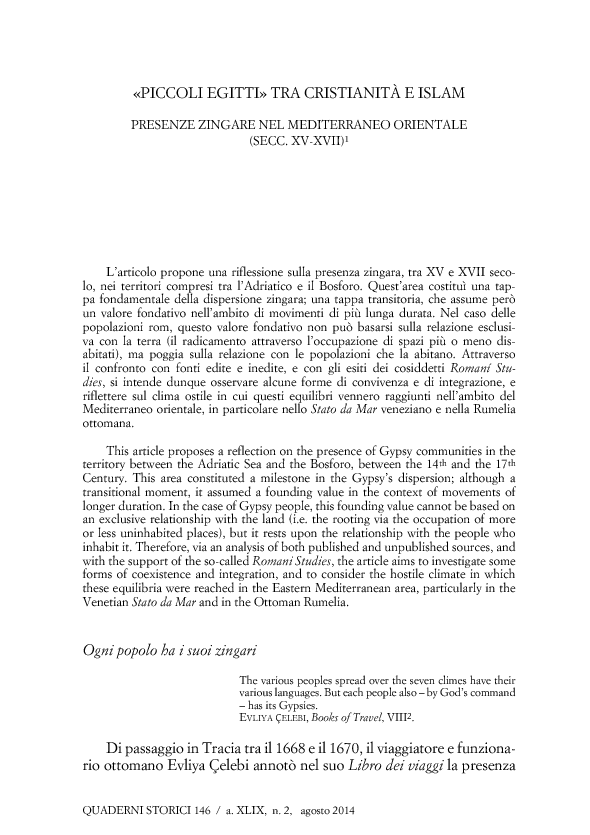