Since the nineteenth century, Renaissance Italy has been on the front line of diplomatic research, mainly providing excellent case-studies for the theory associating the beginnings of permanent diplomacy and the emergence of resident ambassadors with the process of state-building. More than a century later, however, the most recent research is moving away from diplomacy as an institutional tool of power, and is increasingly looking at it as a flexible political activity in which a full range of dynamics until now mostly considered separately - negotiation, information- gathering, representation, and communication - interacted in a process intimately linked to political and cultural transformations of power and authority. In such a revision, the analysis of the writing practices and habits of the professionals of written communication involved in diplomatic interactions has been paramount. My paper will therefore focus on the role of recent paleographical and diplomatistic research in the renewal of late medieval and early Renaissance Italian diplomatic history. 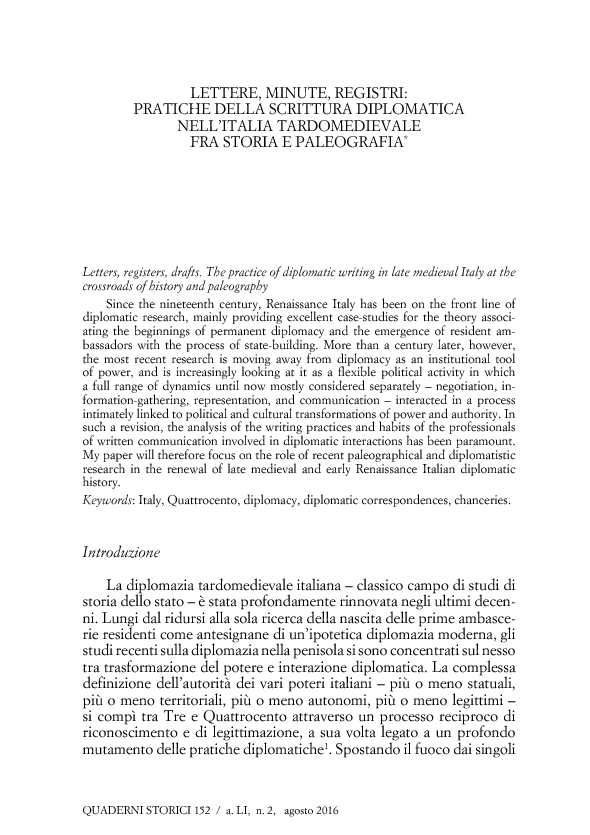