In 2010, Mexican cuisine became the first «national» cuisine to make it into the UNESCO Intangible Cultural Heritage list. The essay focuses on conflicting narratives of maize – a basic staple since pre-Hispanic times, a national symbol and a global commodity of primary importance – in a long term perspective, and its objective will be twofold. By looking at the historical unfolding of cultural narratives around maize it aims on the one hand to explore the process of definition of ICH, as well as the role played by the State, UNESCO, entrepreneurs, local institutions, global consumers and activists in shaping the past, present and future of maize. On the other hand, by taking into consideration the multiple forms of appropriation of nationalist discourses, the article also highlights the ways in which heritagization processes could open the door for maize activists to reformulate the political and ethical problems raised by globalization and biotechnology economy. 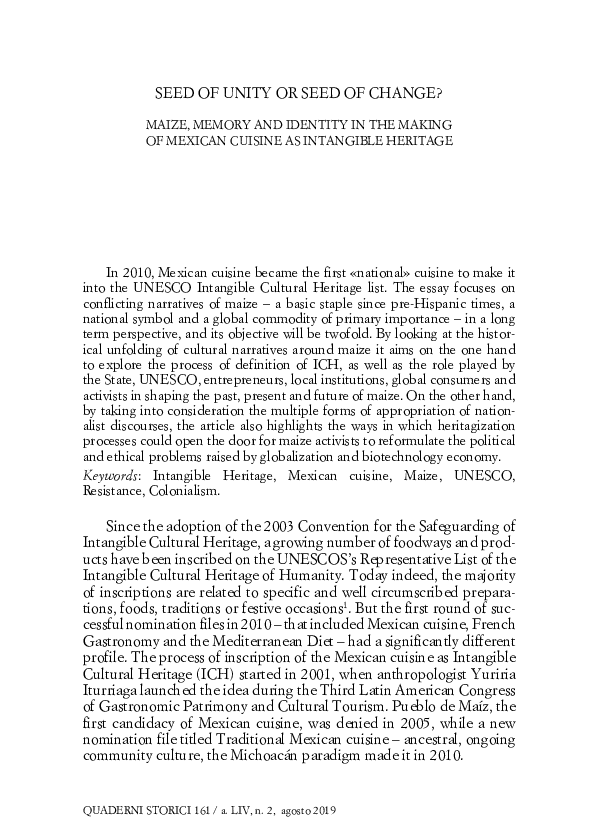