Even though it is not officially at war, Indian-administered Kashmir is one of the most densely militarised countries in the world. In such a climate, the struggle over the control and definition of territory takes a fundamental role. Within this context, the management and articulation of heritage assumes a loaded political meaning that opens a contentious space between citizens, the Indian Army, the local and central governments. Heritage in Kashmir is an open space of contentious memories and narratives. Through extensive fieldwork and the voice of different actors and stakeholders, the chapter looks at the complexities of the ideological dimension of the establishment, conservation and promotion of heritage focussing on the case study of the Hindu pilgrimage to the Amarnath Cave. 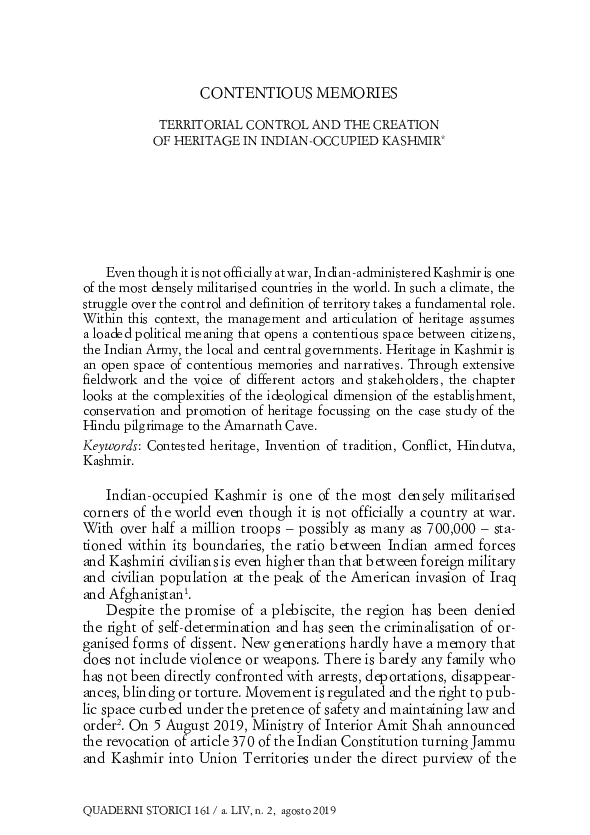