This article analyzes the conflicts that arose around the transmission of inheritance of «non-native people» that lived and died in the domains of the Spanish sovereign (a Frenchman in Milan and a Portuguese in Manila), who left pious places as their heirs and executors of their will. These conflicts – that involved the Royal Fisc, powerful charitable institutions situated outside the Spanish Monarchy, as well as creditors and kin in European, American and Asian courts – will be interpreted as struggles through which the various parties involved tried to constantly re-qualify people and things in order to legitimize their rights. These actors, especially by exploiting the role of «ritual heir» of the departed and by asserting the charitable destination of their bequests, actively used a broad spectrum of legal languages and resources, in an international sphere that is more properly interpretable as an arena of plural competing and intertwined jurisdictions. 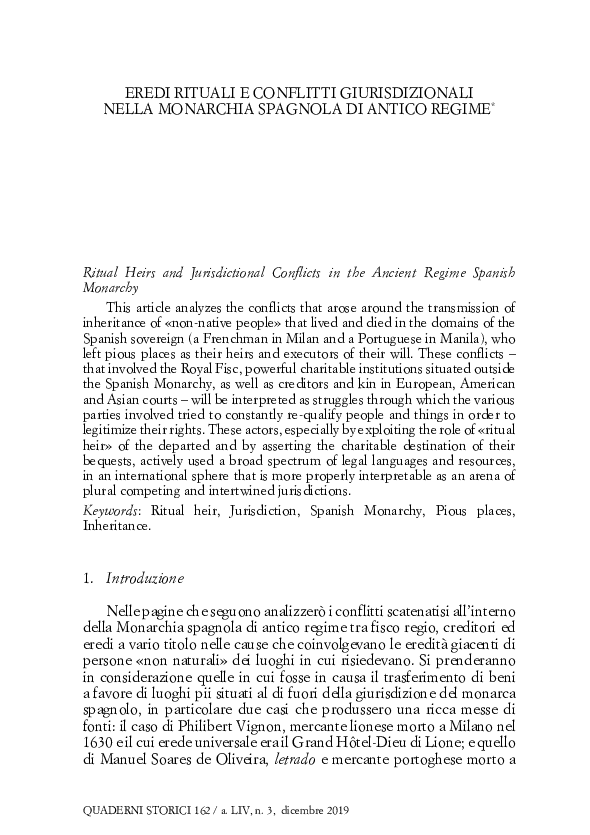