Giovanni Battista Leonardi died in 1733 without children, leaving his legacy, composed for the most part of credits of the community of Trecate, to the foundation of an house of sisters called Ministre della Carità di San Vincenzo de Paoli (the house opened in 1734) and a pious place, named Opera pia Leonardi, for the advantage of the citizens of Trecate. First of all, the case focuses on the history of debt between the Leonardi’s family and the community of Trecate, highlighting the attempts and mechanisms of collecting the debt by Giovanni Battista. Second, it shows the instrumental nature of charity, or rather its coincidence with reasons that are not attributable only to the salvation of the soul. Finally, the case analyses the history of debt of communities and the «local» link between charity and municipal institutions. 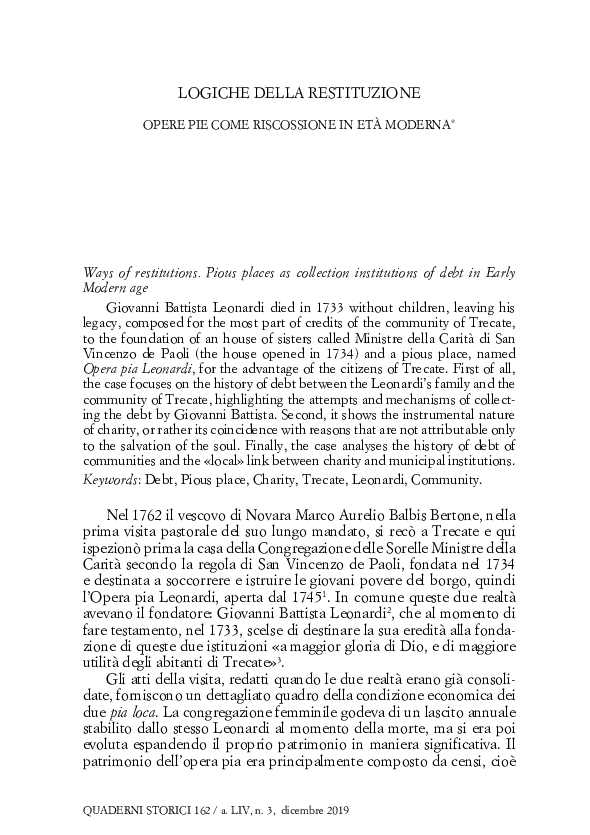