The article deals with a peculiar form of charity, the one directed to State and municipal securities holders, who partially or totally lost their money when acquiring such credit instruments in the past. The conte Casati, who was at the head of Magistrato Ordinario, responsible for the management of the State of Milan debt, decided to leave two pious legacies, in 1727 and 1730, to cope with the problem. The first legacy was intended to carry out a sort of a rudimentary class action, aimed at grouping all the State creditors. The pious legacy intended to specifically do charity to the owners of State debt securities as they were loosing a significant amount of capital and interests in the previous years, and it was financed by the same credit instruments it wanted to save. «Charity» was therefore intended to secure savings, and it was a social operation, as interests were frequently used to finance religious and charitable actions. 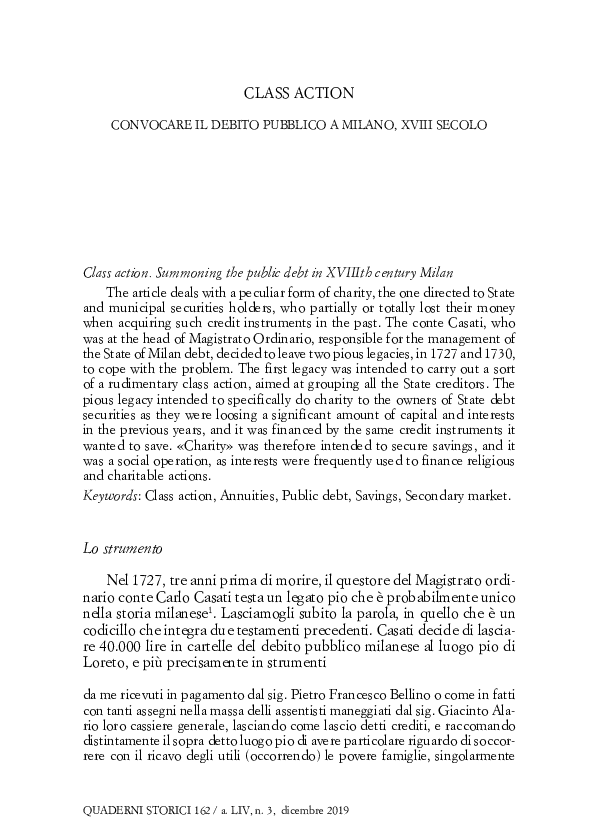