Popular royalism has recently emerged as a growing field of research on both sides of the Atlantic. This paper aims to compare the popular political participation in royalist movements in Peninsular Spain, New Spain, New Granada and Venezuela during the crisis of the Spanish Monarchy and the wars of independence (1808-1826). I argue that popular royalism had a dual origin. On the one hand, it was linked to the «monarchical imaginary» of the Ancien Régime. On the other hand, it was deeply connected to the experience of civil war and the role played by slaves, Indians, artisans, labourers and other commoners in royalist militias and armed groups. The reasons to join the royalist side were not necessarily ideological but related to what these particular groups perceived as their own interests. Thus, popular royalism was a political strategy of pursuing their claims and achieving specific benefits in exchange for military service, such as a reduction of the tribute, the concession of freedom, jurisdictional privileges or a salary. 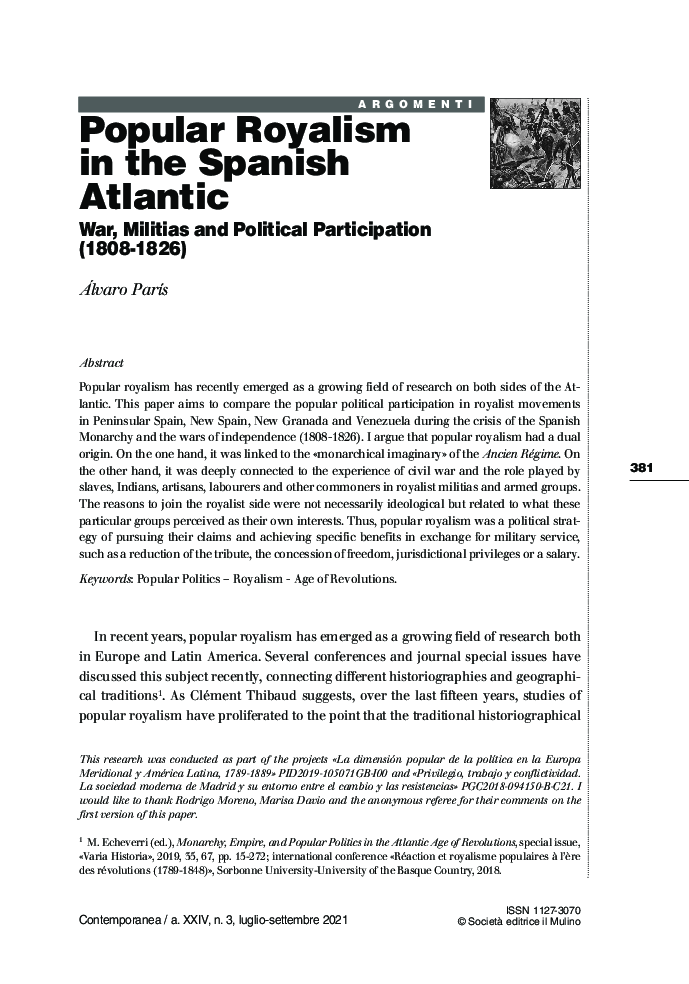