The article analyses the behaviour of the Carlists in Spain during the revolutionary period of the Sexenio (1868-1874), when the reactionary movement approaches democracy for the first time. In particular, the article focuses on their parliamentary work during the constituent phase of the democratic monarchy (1869-1871). They play the role of critic and controller of the government’s actions, they appeal to the regulations and denounce presumed abuses by the authorities, demanding for themselves and their companions justice, freedom, equality and the application to all of the rights, whose general validity they constantly contest. In doing so, Carlists adhere perfectly to the model of the parliamentary minority opposition, as still today political theory and comparative constitutional law describe it. So Carlism can also be read in terms of an anti-system party, as outlined by politology that studies the phenomena of the twentieth century and current affairs. 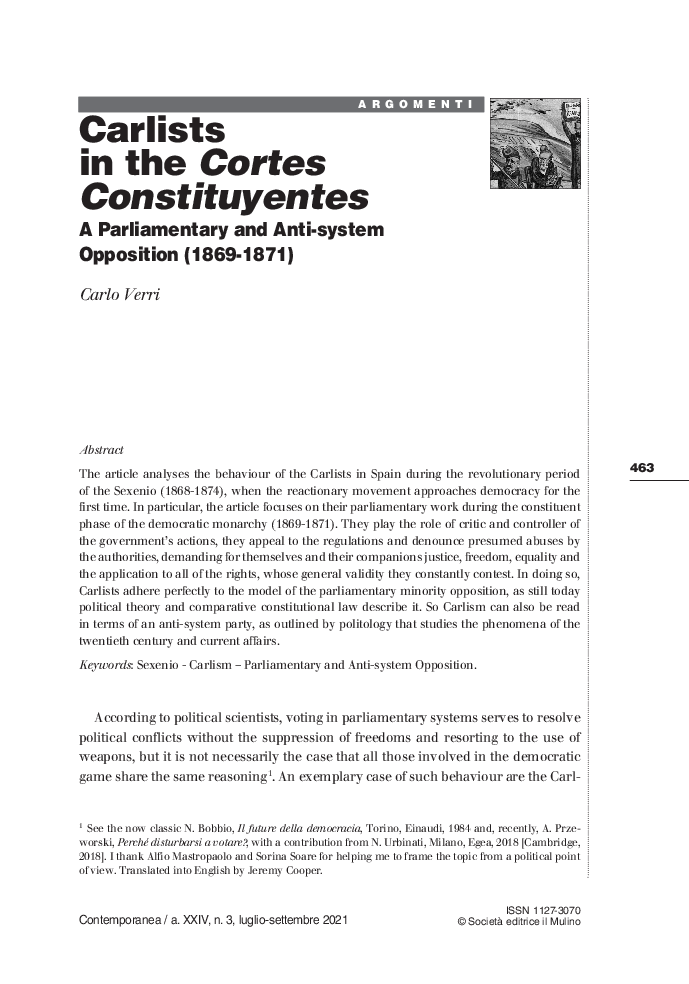