In the middle of the 19 th century, the papacy saw its temporal power threatened. In 1849, faced with the Roman Revolution, Pius IX benefited from the help of the powers, that intervened militarily to restore the pope to his throne. It is however in a very different situation that the papacy finds itself about ten years later, in 1859, when the war in Italy ends. The disinterest of the powers pushes the Holy See to develop a diplomatic strategy based in part on seeking support from the Catholic masses. The papacy seeks to organize the mobilization of the faithful in order to constrain governments to defend the Holy See. This support of the masses gave rise to a vast transnational mobilization that took multiple forms. This article will pay particular attention to its financial and military dimensions. Thus, the article highlights the paradoxically modernizing character of the intransigent turning point for the Church. It led her to adapt her repertoire of action to this «modern civilization» that she intended to fight and to take advantage of some of the new means of action that characterized it. While denouncing liberal modernity, the papacy was entering the era of the masses. 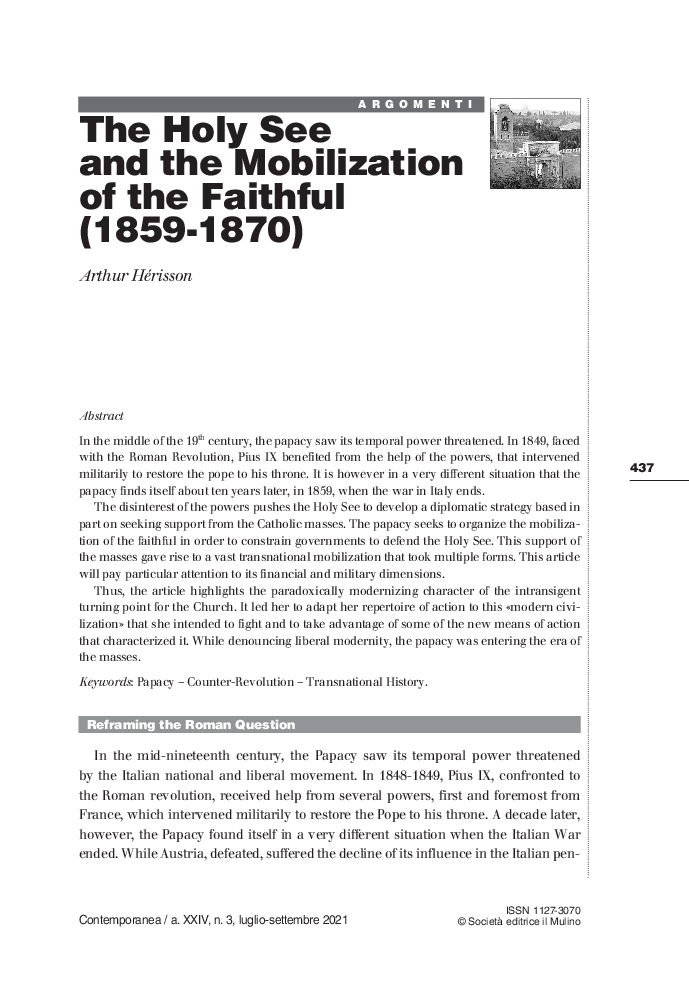