Kiyono Kenji, professor at the Imperial University of Kyôto between the two World Wars, first-rank physical anthropologist at the time of the Japanese colonial empire (1895-1945), as well as a famous archaeologist and historian of his own field of research, developed a theory of ethnogenesis of the Japanese people which he assumed happened through race-mixing during the archipelago's protohistory. On one hand, Kiyono's ethnogenesis theory was a severe criticism of the model supported by the Imperial University of Tôkyô's anthropologists group up to the end of 19th century, but, on the other hand, it was in keeping with the discourses emanating from annexationist imperialism during the 1910-1940 period, which considered the Japanese people as the result of a large-scale melting pot of races from East Asia in its entirety. Involved in the eugenist movement during the 1930's and also committed to war planning agencies during the Pacific War, Kiyono embodies perfectly the tensions and contradictions of his era. 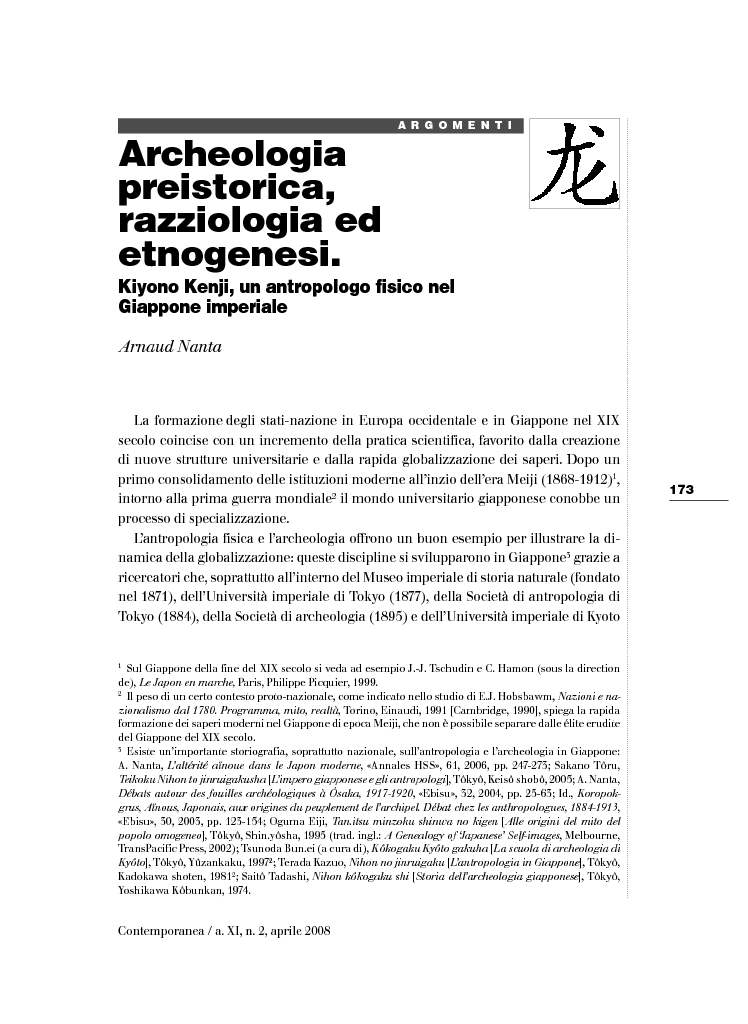