A vast literature on the history of childhood in Europe and North America has documented a debate about and legislation on children during the late 19th and early 20th centuries. A similar peaking of interest took place in Italy. Starting from the 1934 law, which established the juvenile court in Italy, this article argues that programs (some realized and others not) to discipline and above all to protect children dated not from the fascist era but further back at the turn of the twentieth century. The author offers an overview of initiatives to improve the lives of children in liberal Italy (associated with prime minister Giolitti); it is claimed that in those years protecting children was a priority precisely for the sake of reducing juvenile delinquency. She uses a wide variety of sources (jurisprudence, government commission reports, journals of voluntary associations, and medical, legal, and criminological tracts) to highlight inter-relationships among the campaigns of voluntary and feminist associations, professional societies, and the State. The article tries to fill a gap in the historiography of contemporary Italy and engages in more general debates about the nature of liberal and fascist Italy by locating the "modernization" of childhood in the earlier era. 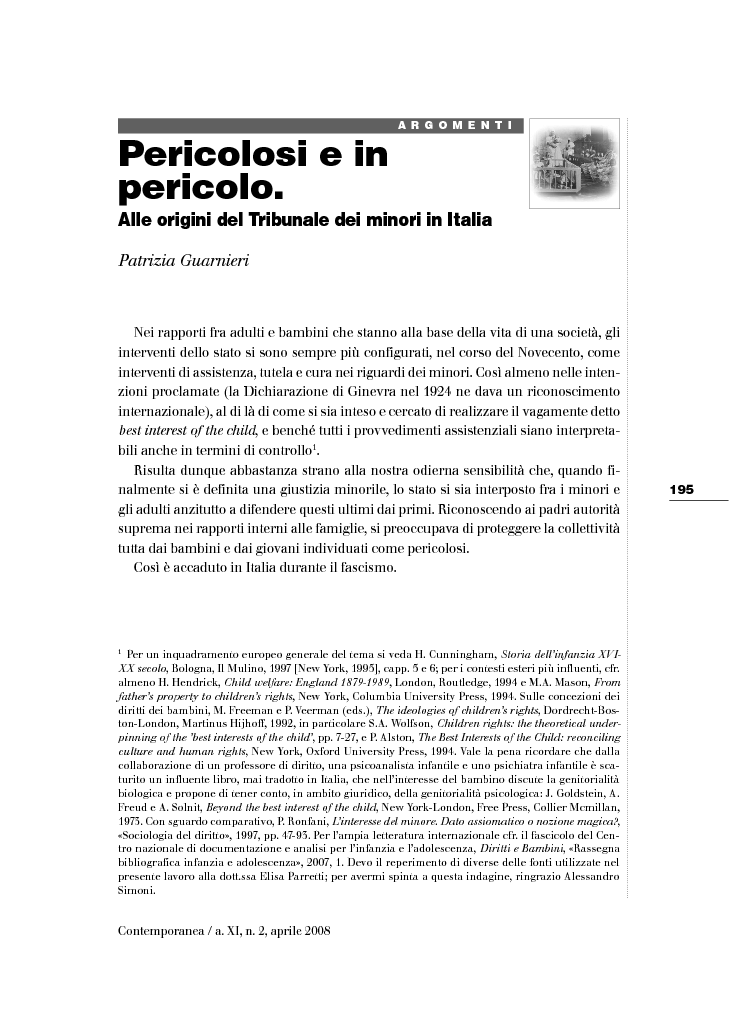