The essay aims to analyze the forms of promotion that were active in order to reinforce the myth of Fascist Italy abroad. The strategy had two targets: the foreign elites and the Italian communities abroad. With regards to the first, the Regime located its endorsement in order to be able to count on proper political and economical interlocutors. In reference to the second, Rome attempted to obtain consensus among Italian communities abroad in order to exploit the emigrants and their sons and daughters as lobbyist and thus lobby for the mother country political interests. The essay examines the Regime's strategy in exploiting an array of instruments such as: tourism, "cultural diplomacy", especially through the promotional visits to Italy, coupled with a political agenda, high-ranking foreign personalities and emigrants' groups, including the propaganda transmitted via the radio, cinema, popular events organized, and the availability of ship and aircraft missions abroad. Special attention was given to the younger emigrant generations who were involved in the summer camps in Italy organized by the Regime. An extraordinary amount of energy was dedicated in accomplishing these activities. Yet, the results were devastating as a result of structural deficiencies and the outbreak of WWII. 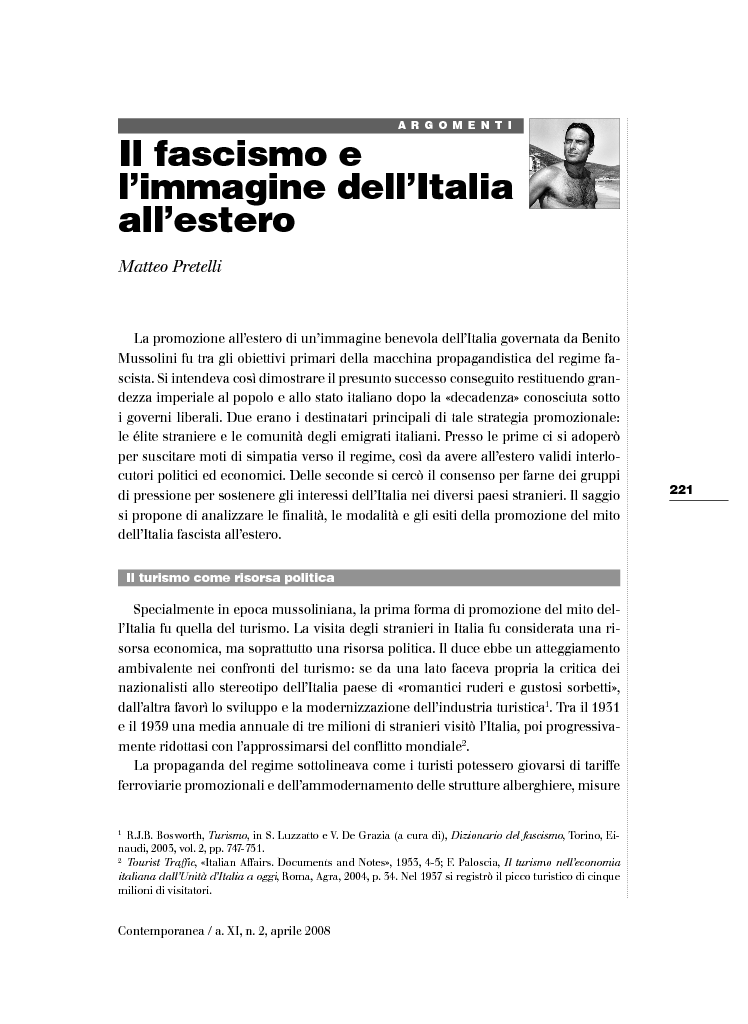