Garibaldi was the most famous member of Italian 19th century Freemasonry and he even went on to earn the title of Grand Master. During the last period of his life and after his death (1882), Freemasonry was one of the most active supporters of the myth of Garibaldi. The memory of the hero was celebrated yearly with pilgrimages to Caprera, commemorations on June 2, and by honoring statues and memorial stones of Garibaldi. Moreover, between 1882 and 1925, when the Masonic organizations were outlawed by the fascist regime, more than thirty lodges named Garibaldi had been established in Italy and abroad. Freemasonry stressed the fact that Garibaldi represented the perfect embodiment of Masonic ideals: patriotism combined with universal brotherhood, faith in progress and the rejection of all forms of obscurantism, liberty, tolerance, lay spirit and humanitarianism. Thus, while honoring the hero, the commemorations' symbolic impact was also a means to recruit members for the Masonic cause and to counter the attacks from its historical enemies, headed from the Catholic Church. Moreover, emphasis on the figure of Garibaldi gave Freemasonry the opportunity to improve its own image, to demonstrate its strength and to present itself as a major actor on the national public stage. 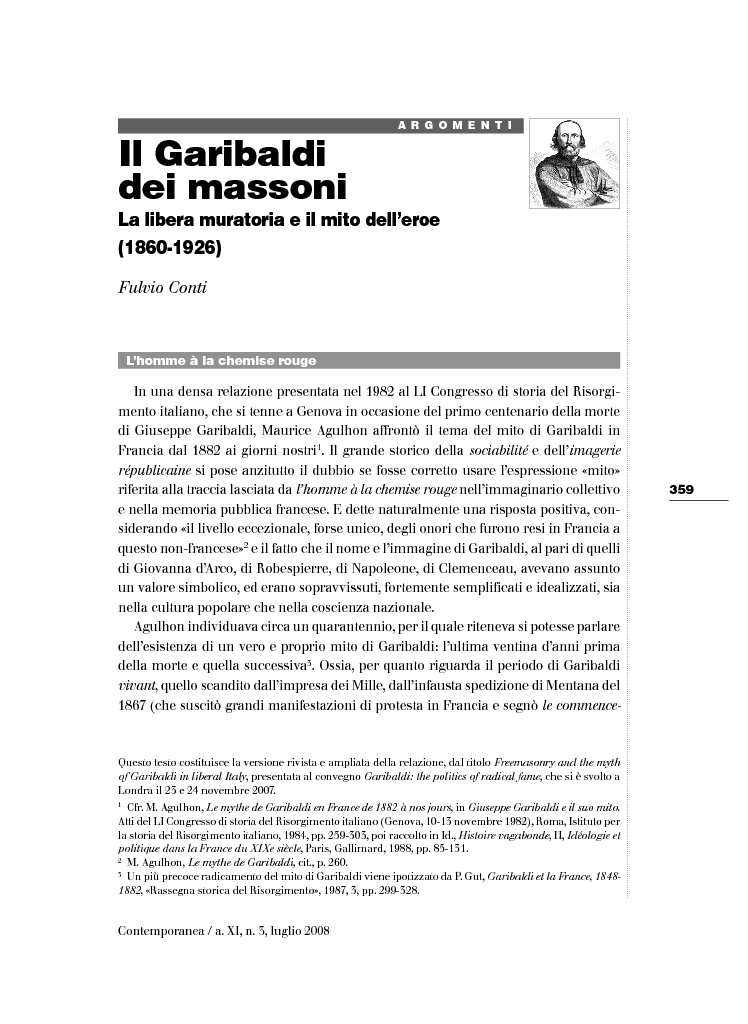