The assimilation of Japan's militarism and ultranationalism to European fascisms has been part of a teleological interpretation of Japanese history before 1945 rather dominant in the historiography until 1990s. This teleological vision was all the more powerful that the historiography, Japanese in particular, was strongly conditioned the socalled "debate on Japanese fascism" (Nihon fashisumuron), according to which the japanese state's social policy, since the late nineteenth century, would have been the key element of a nationalization process resulted in the "fascist imperial system" (tennôsei fashisumu). After a presentation of the main threads of that debate, the article proposes a different approach to the history of social reform in Japan, from the Meiji era to 1945, based on three main concerns. First, it aims to restore the transnational inputs into the development of the social reform in Japan. Secondly, it shows how Japan nevertheless developed original solutions to the social question, based on early critics of western liberalism. Thirdly, the article highlights that the Japanese social reform was not only a top down process issued by the state. On the contrary, ideas of social reform circulated and were debated in circles representive not only of the high-ranking servants, but also of the social movements, enterprises, associations, and other relevant actors in the interwar period. 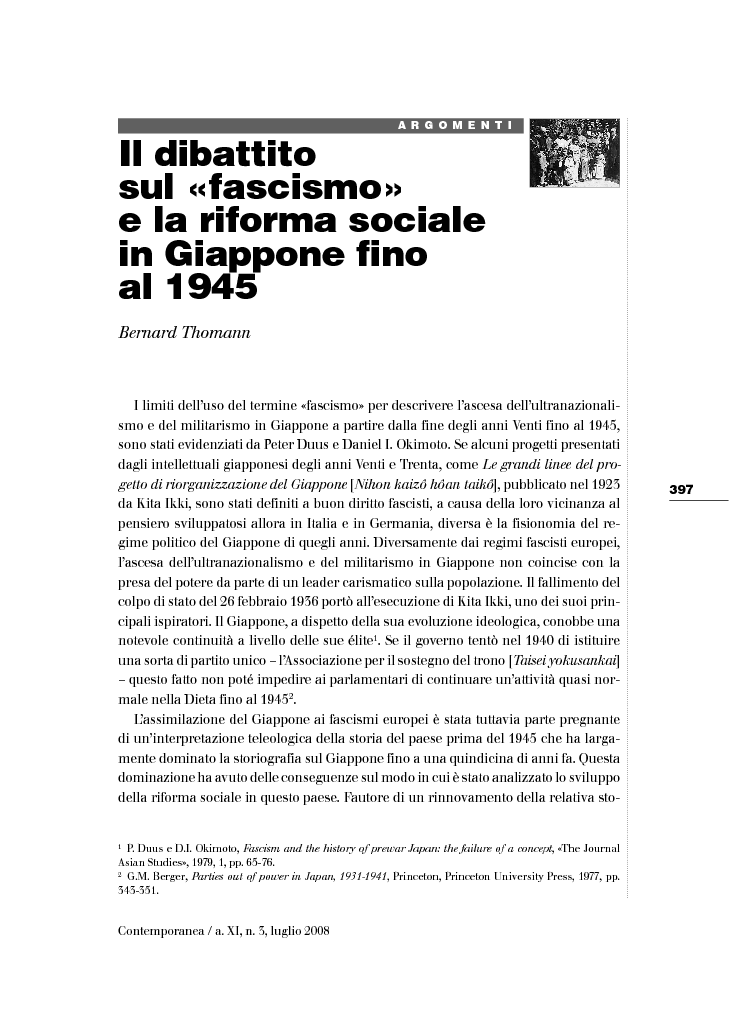