The article analyses the intricate net of connections established between the British Union of Fascists and the Italian Fascist regime during the 1930s. It carries out an analytic reconstruction of the methods used by the Italian regime to provide substantial financial support to Mosley's movement (secret bank accounts, branches of the Buf in Italy, broadcasting stations opened in several European countries). It also focuses on some representative people, who played a relavant mediation role, with a particular attention to the role of the ambassador Dino Grandi. Moreover, the article deals with the position of the Buf with regard to the project of Italian fascism to create a fascist International. Finally, it underlines that the problem of the Italian financial support to the Buf was not only crucial to historiography but also represented a political problem for British authorities at the time. The article is not only aimed at furthering a topic scantly investigated by historiography - trying to furnish a multidimensional approach to the issue, thanks to sources coming from several Italian and British archives -, but also at highlighting new possible hints for an analysis of the relevant topic of international fascism and the many ways how the Italian regime tried to spread its ideology abroad. 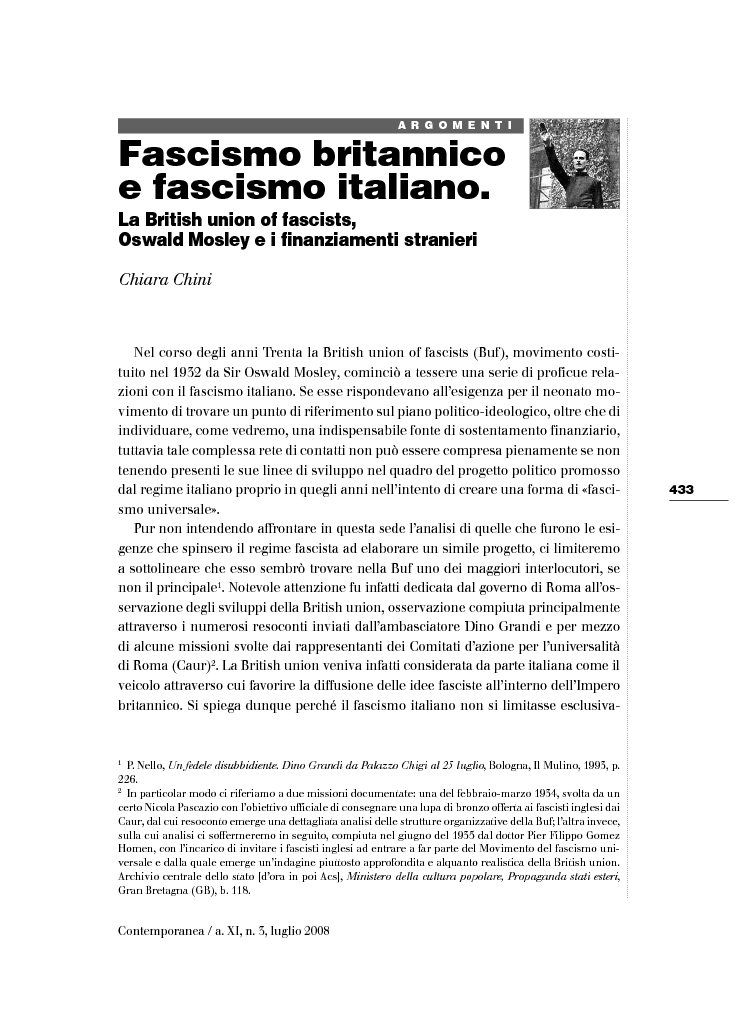