The clash of civilizations theory, proposed by the political scientist Samuel P. Huntington, according to which peoples' cultural and religious identities would have been the primary source of conflict in the post-Cold War world, has been increasingly challenged by a recent literature stressing the opportunities provided by the dialogue among civilizations. The widespread scepticism about Huntington's thesis has had some influence on the interpretation of Arnold Toynbee's major historical work, A Study of History, based on the categories of «civilization» and «contact of civilizations». This article analyzes Toynbee's original conception of relations among civilizations, particularly between Islamic and Western worlds, focusing on his works and confidential documents of the aftermath of the First World War, when, as an expert of the Political Intelligence Department of the Foreign Office and Director of Studies of the Royal Institute of International Affairs, he was involved in the reorganization of the Middle East after the collapse of the Ottoman Empire. What emerges is an elaborate idea of the relationship between Islamic and Western civilizations, aware of the complexity but at the same time of the value of intercultural relations, in contrast with the rigidity of Huntington theorizations and more close to those recent analyses pointing out the fruitfulness of an intercultural dialogue between the two cultures. 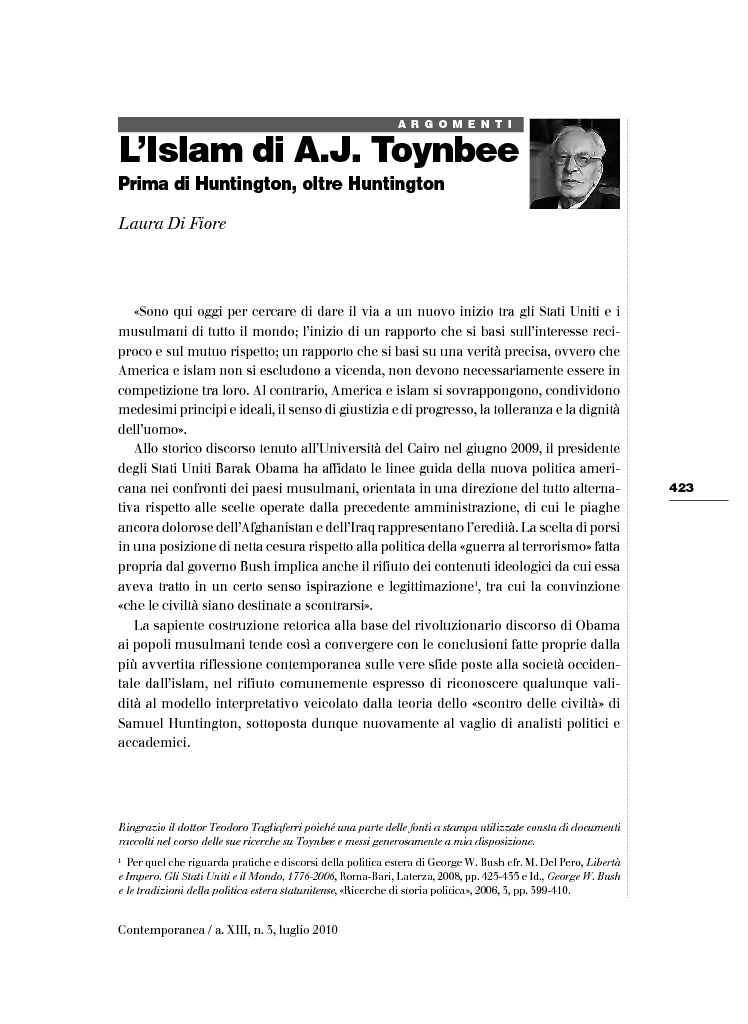