The article deals with the sense of national belonging of the Trentino soldiers, who fought in the Austro-Hungarian army during World War I. Using diaries and memories, it shows how a rural community, whose patriotic allegiance was divided and contended between Italy and the Habsburg Empire, developed an identity, but rooted which was neither Italian nor Austrian in the native valley or village. The article explores the soldiers' representation of their micro-community from the conscription in the Habsburg army to the imprisonment in Russia, from the enlistment in the «Missione Italiana in Estremo Oriente» until the end of the war, in different moments of the conflict and national authorities. Thanks to pre-war folkloristic studies, it discusses the change of national belonging during the war and examines of the meaning the relationship between the peasant community and the experience of war. 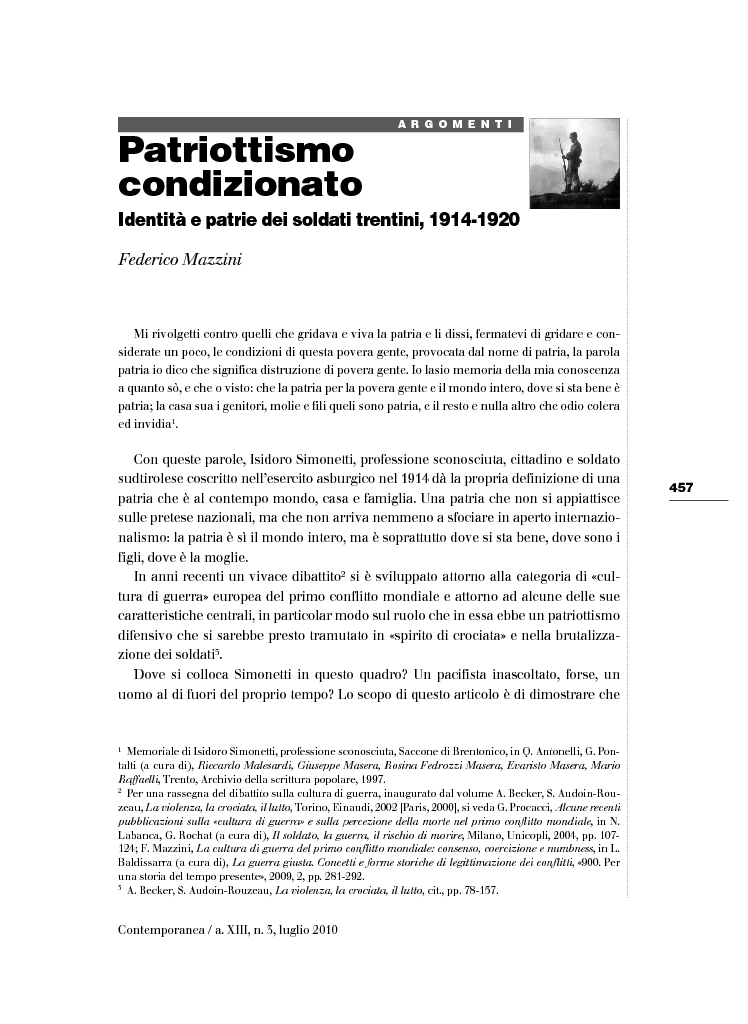