Based on extensive and original archival research, this article reconstructs the origins and the historical development of the social and cultural associations created by the Genoese elite throughout the first half of the 19th century, also in comparison with the late Old Regime. After the Restoration the Republic of Genoa was annexed to the Kingdom of Sardinia and the aristocracy lost its privileges. During the following decades a new elite, composed of nobles and bourgeois and distinguished by wealth and capacity, came into being. Despite the strong opposition of the Piedmontese government, from the 1830s the new elite created its own network of associations: its social membership is carefully analysed. In particular, the Casino di ricreazione, founded in 1836, became an important meeting place for the most prominent Genoese entrepreneurs and bankers. The article also extensively focuses on the salons and their salonnières. They played a major political role during the 1840s and promoted the renewal of the urban ruling class. 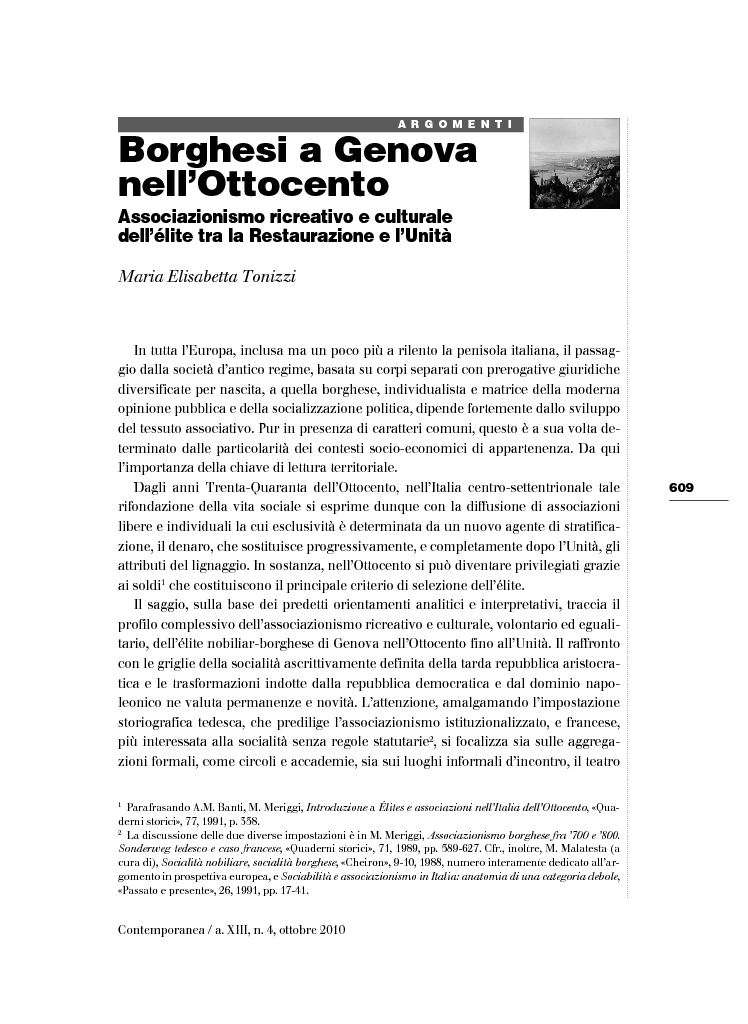