Telling the story of the (failed) terroristic attempt - perpetrated in Rome in June, 16th 1894, when an Italian anarchist shot at the Italian Prime Minister Francesco Crispi - and of its political consequences, the essay deals with the «politics of fear» pursued in the years of the Italian State-building. The reconstruction of the profile of the attacker (Paolo Lega) and his ideological motivation to crime throw light on the harsh social conflicts, which characterized late nineteenth-century Italy. The article analyzes the reaction to the terroristic act and shows how strongly the shocked public opinion asked for a prompt intervention by the Italian government against the whole anarchist movement. Finally, the essay highlights how the Italian Prime Minister, Francesco Crispi, took advantage of the exceptional situation in order to implement special laws: the so-called anti-anarchist laws. Indeed, in the following two years the laws were enforced not only against the radical anarchism, but also imposed on the moderate socialist movement, also considered dangerous to the social and national security. 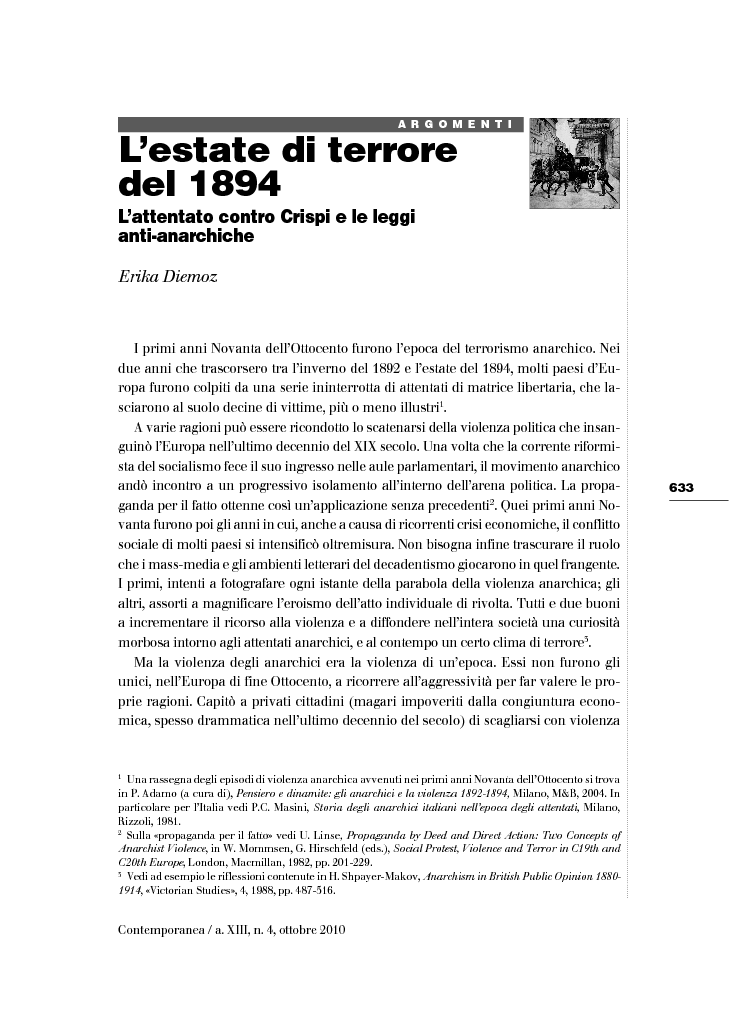