This essay intends to prove that since 1836 reincarnationism constitutes the ordering element in Giuseppe Mazzini's thinking system. Reincarnationism is widely spread within the Euratlantic cultural area in the Nineteenth century (Sansimonism, Fourierism, French spiritism, American transcendentalism, etc.). In Mazzini's thought this belief becomes both an ordering element in an articulate system of a thinking which is engaged in reassembling the cosmic order that has been shattered by modernity and secularization, and a pillar of his project and political initiative. Since 1836, reincarnationism reshapes the key notions of the Mazzinian thought. The reassembling after the divorce between heaven and earth that Mazzini evoked since 1833, and which was continually and insistently re-proposed all over his thinking as main and decisive question in order to respond with a democratic perspective to the disenchantment and to the loss of meaning of the modern condition, finds in reincarnationism its unifying, logical and ontological element. The claim for the political and civil freedoms itself is anchored to a reincarnationistic dimension. 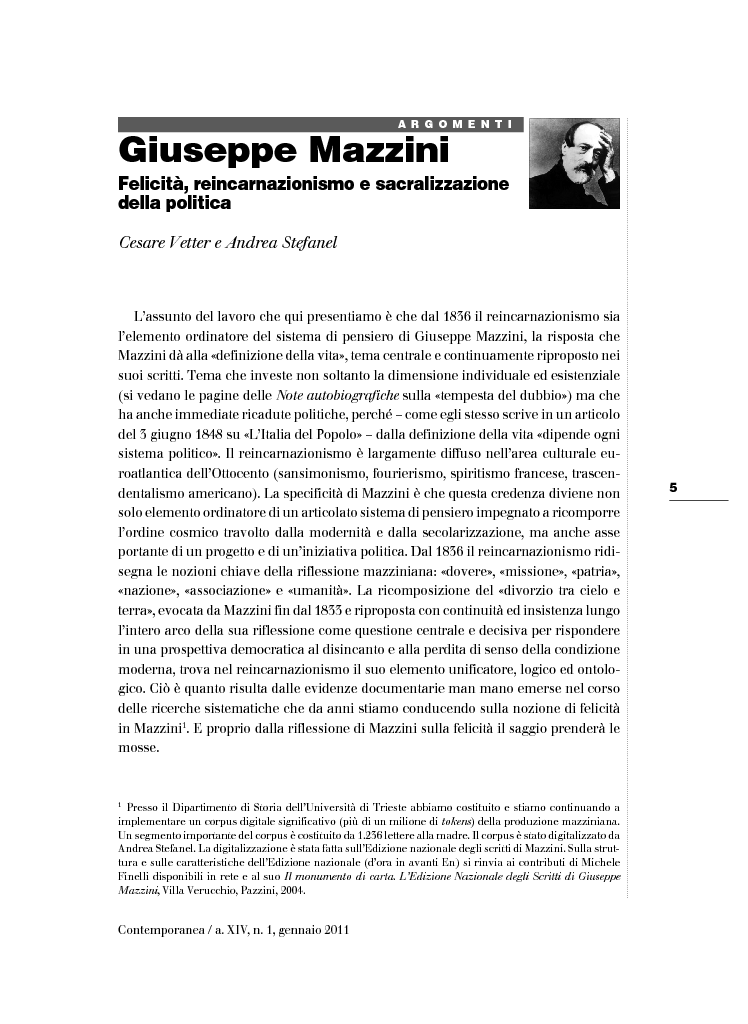