The article analyses the role of the Ottoman Christians in the national identity building process in the Middle East. Between the nineteenth and the twentieth century, due to its increasing weakness, the Ottoman Empire opened up to the influence of the western culture. The Ottoman Christians, who were the main mediators between Europe and the Middle East, began to be perceived as aliens. This caused the social and economic rise of the Christian middle-class, which reshaped its identity in "ethnic" terms, starting to develop the national idea. In the crisis of the imperial world, the shift from the "millet" system to the nation was the answer of the Ottoman Christians to the need of a new collective identity. The development of a Turkish national ideology caused the Christians to be almost totally swept away from Anatolia during the First World War. Armenians, Greeks, Syrians, Assyrian-Chaldeans suffered from the violent policy of the Young Turks' Government, which put an end to the Ottoman world and to its pluralism. Ottoman Christians were at the crossroads between modernization and nation building process and supported and underwent at the same time a process which made them the main victims. Nationalism was, eventually, the cause of their marginalization in the Turkish and Arabian Middle East. 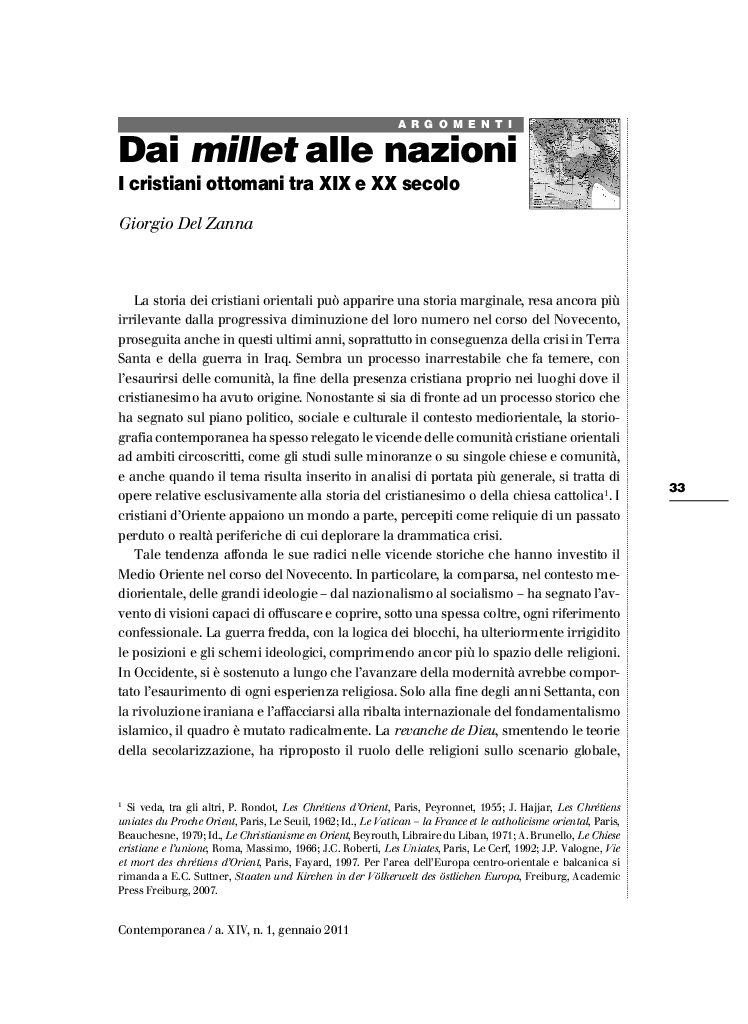