Based on unpublished sources found in the Crispolti Archives and in the Vatican Secret Archives, the essay retraces the reasons that led the Partito Popolare Italiano to join forces with the Liberals for the 1920 local elections in Turin. The case was unparalleled in Italy, and it gained national importance. Instead of submitting their own lists, the Popular Party set up an alliance with the «parties of order». This initiative would anticipate the strategy of blocchi nazionali («National blocs») which would include the Fascist Party in the 1921 general elections. Such decision was the outcome of the pressure that the national-Catholics, led by Filippo Crispolti, and the Cardinal Secretary of State, Pietro Gasparri, put on Luigi Sturzo and the popolari. The differences that flared up within the Catholic world on this particular occasion, highlighted the rift between Cardinal Gasparri's views and the intentions of the Popular Party's Secretary. The former aimed at reducing the Popular Party to a «party of order», whereas Sturzo remained convinced that the political role of the Catholics should not be restricted to this. 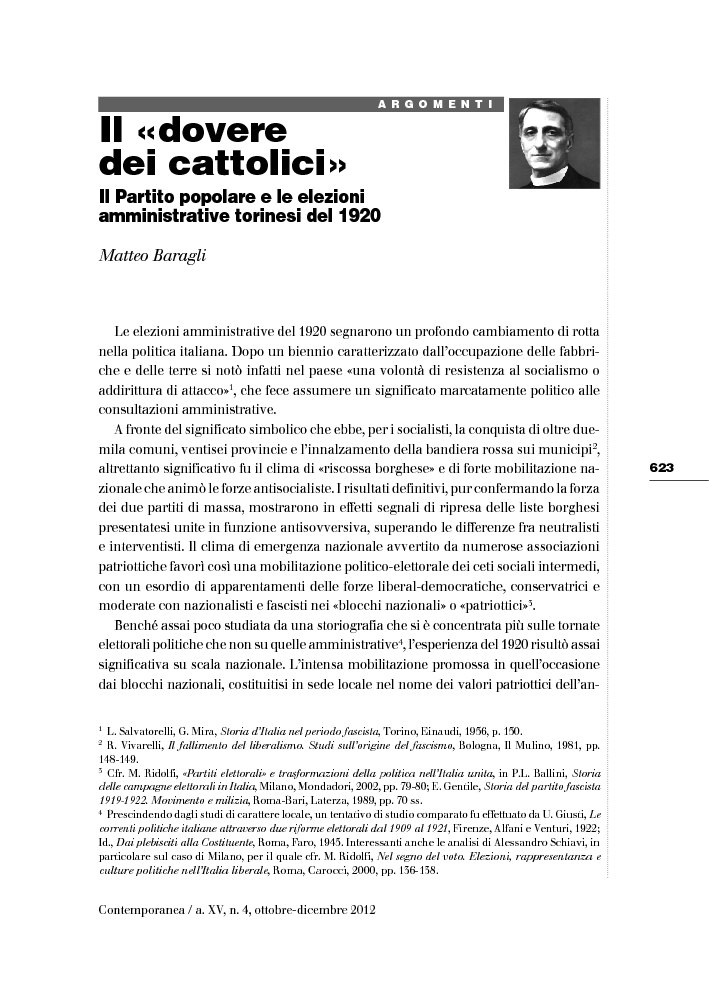