The essay presents the first results of an ongoing research about judicial and extrajudicial punitive strategies on women who had been on the side of or close to the fascist Repubblica Sociale Italiana (Rsi) and the Nazi occupiers. The research is based on the dossiers of the trials for collaboration celebrated in post-war Italy. First the paper explores the varied profiles of women on trials, and it highlights their complexity. It therefore deconstructs the popular stereotypes of both the collaborator (the young and attractive mistress of Nazis and Fascists, who seduces and then betrays men), and the chaste auxiliaries, serving the Nation without losing the distinctive character of femininity. Secondly, the paper examines how lawyers, magistrates and judges shaped women's representations, which influenced the narrative on «female collaborationism» in the following decades. Finally, the author considers the role played by the trials against women collaborators in the transition from wartime to peacetime, and in re-defining a gendered national identity. 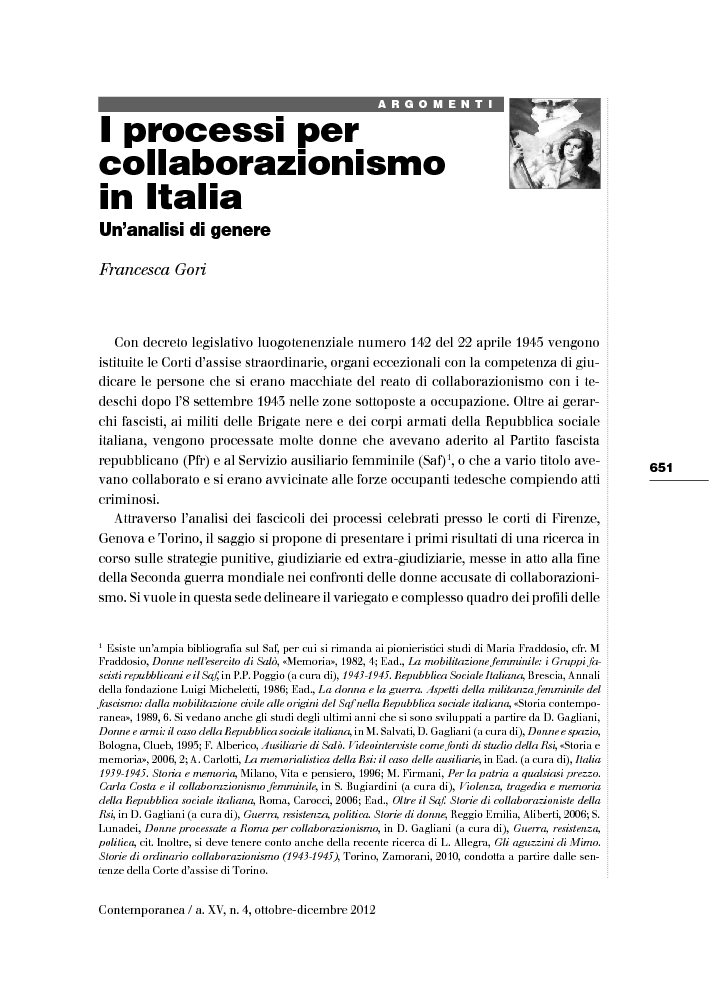