Since the early Twenties, the Fascist government carried on an intensive irredentist campaign in Malta, an operation of cultural propaganda based on language, history and religion. The Catholic tradition of the island was exploited by Fascism and the Maltese Nationalist Party, both using these themes to prove the «Italianity» of Malta. This paper analyzes the evolution of the relationships between the Maltese clergy, the Holy See and the British government, in relation to the expansionist ambitions of Italian Fascism against Malta. Its purpose is to reconstruct the interests of the religious and political Maltese elites, by analyzing the role played by the Maltese Church in the struggle between pro-Italian nationalists and pro-British constitutionalists. This work is based on the correspondence addressed to the Vatican state secretary collected at the Vatican Secret Archives of Rome, files «Sacra Congregazione degli Affari Ecclesiastici Straordinari» (periodo IV - 1922-1939). It is a valuable source, hitherto unexplored, which allows to investigate the political-religious situation in Malta in a dual perspective: that of the Roman Church hierarchy and that of the local clergy. 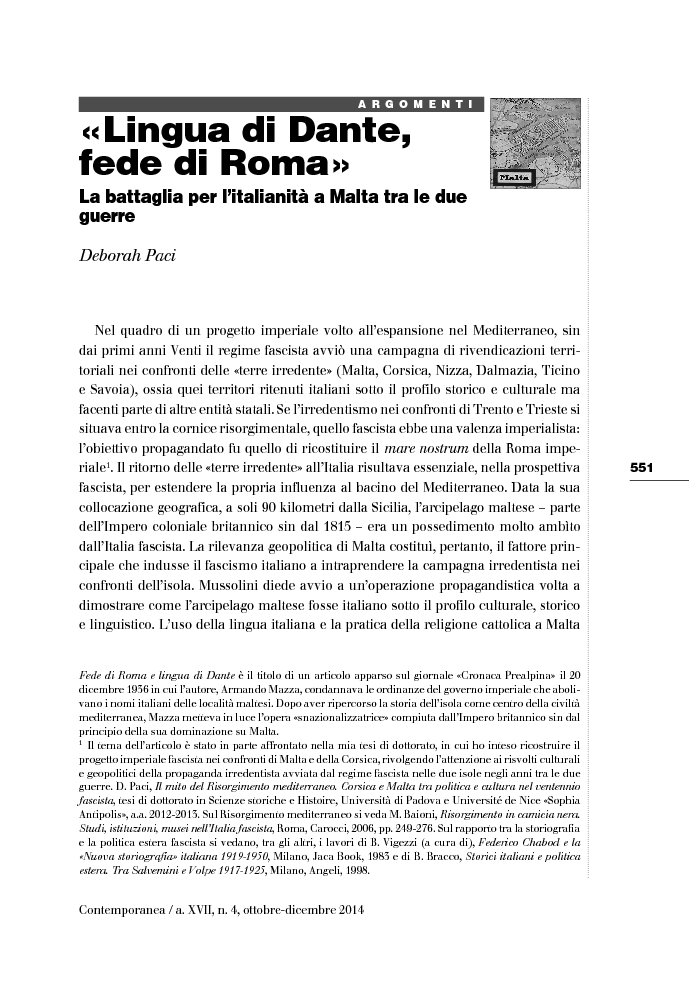